HAZEL PARK, Mich. (FOX 2) - Producer note: Some of the images in this story may be disturbing for some viewers.

An injured lost dog found near a busy expressway is recovering - and the person who found it wants to locate the rightful owner. Hazel Park City Councilwoman Bethany Holland says the dog was picked up Saturday near I-75 and Eight Mile. She was called by the police because there was a concern that the dog might need some emergency veterinary care.

An injured lost dog found near a busy expressway is recovering - and the person who found it wants to locate the rightful owner.

The dog's face was covered with wounds.

The dog had what appeared to be old bite wounds," said Holland. "The automatic assumption was it was probably used as a bait dog. It could have been a family fight we don't know.

"Meyers is a cut-through, you can exit on and off I-75 and get right back on and off. I am not making assumptions if they are coming south or northbound."

Right now Holland is sheltering another dog that she says was also dropped off not far from there. She says too often dogs are just dumped there and Holland feels it is becoming a problem.

"Maybe it is well intended people," she said. "They may have found an animal in distress and thought I can help it. And they get in over their heads, and they know we have a pretty good track record of placing animals that are in need.

"We don't know her backstory. We don't know what might trigger her, what may be upsetting her. It puts our volunteers and other animals at risk. So be responsible.

Hazel Park police have yet to get back to us about how this dog ended up with such bad wounds, but Holland says there are signs the dog was abused.

"The wounds were deep," she said. "And it almost looks like someone attempted to clean them up and removed deep scabs. That would be the red you saw on the injuries. We lose a lot of volunteers because of compassion fatigue. These don't happen often where you see these kinds of injuries. When you do, it takes a piece of your soul."

Holland says give your dog or pet a microchip that can make it easier to help reunite animals with their families. If you know anything at all this particular dog reach out to Hazel Park police at 248-542-6161. 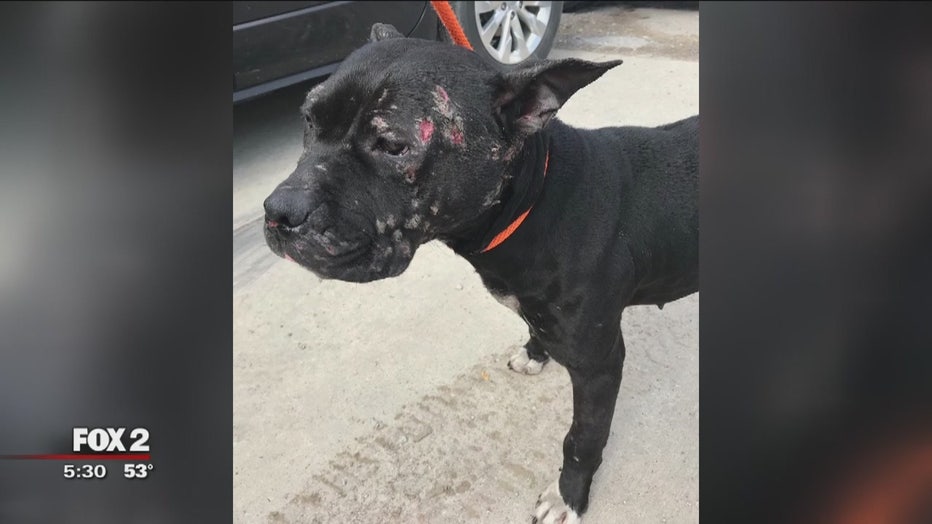 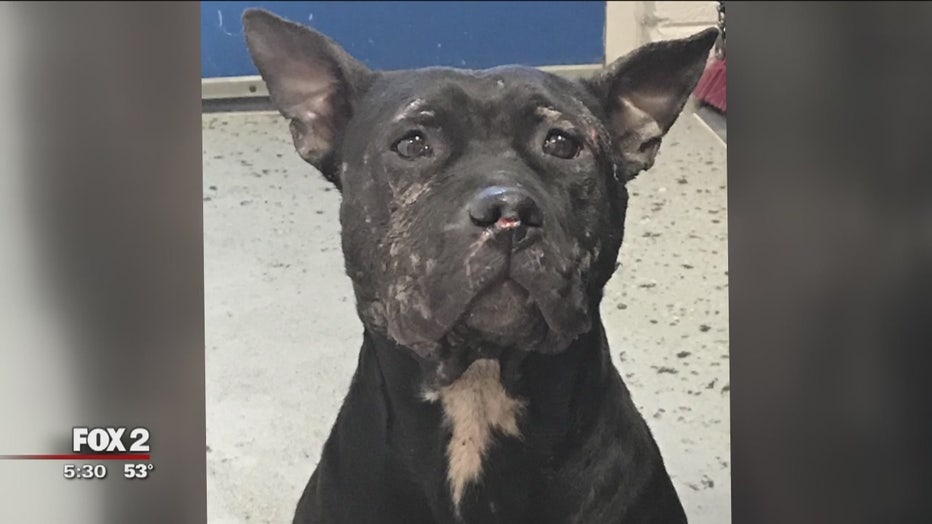