DETROIT - A dog accidentally ingested a bag of drugs after the substance was thrown into the Detroit owner's yard on Wednesday.

Detroit Police had originally shown up to a home with a warrant. During the search process, a suspect threw a bag of crack cocaine over the fence, into the yard where Nipsey was spending time under the supervision of family.

Nipsey began to eat the substance. Due to the toxic nature of what was ingested, police were forced to contact the Michigan Humane Society field services team for help.

Owner relieved his dog was saved after ingesting crack cocaine

A dog owner is relieved that his dog Nipsey is doing okay after ingesting a bag of crack cocaine that was thrown over the fence bordering the fence.

Because Nipsey's owner, Clinton Majors, did not have suitable transportation, investigators brought him and his dog to the Grosfeld Veterinary Center on Chrysler Drive in Detroit. After initial medical attention, doctors induced vomiting to remove the toxins, before Nipsey was held in supportive care overnight.

On Thursday, he was reunited with his owner and is suffering from no ill effects from the incident.

"I'm really proud of the team internally, I'm extremely proud of the Detroit Police Department for contacting us and working with us to get this dog care, and I'm proud of an owner who loves his dog and takes great care of his male pit bull that lives in the house with him," said Elise Ramsey, a field services manager in a post-interview. 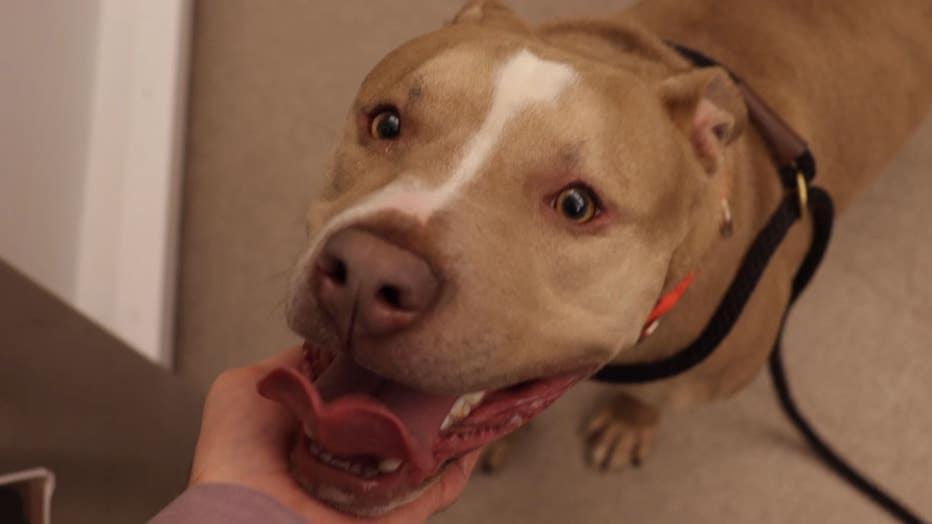 The MHS also managed to help Nipsey without inflicting any medical costs on Majors either.