NewsNow from FOX recently spoke with Dominion Voting Systems about criticism from President Donald Trump and his voters that the 2020 election results weren’t accurate despite not having any evidence.

The company provided the machines voters used to electronically cast their ballots in 28 states. Company leaders also responded to the complaints on its website Monday.

In the days after the election, Trump referenced an OAN report on Twitter that accused Dominion of “deleting” large numbers of his votes or “switching” them to count for Joe Biden — one of many baseless theories suggesting vote counting problems that the president has been promoting. The tweet got slapped with a disputed label from Twitter.

Dominion representative Michael Steel addressed the proposal and fraud claims when he spoke to NewsNow on Sunday.

“This is a non-partisan company,” Steel said. “It is the gold standard in some ways in determining transparent, verifiable election results.”

Georgia used the company for the 2020 election. The state recounted the ballots twice, once by hand, at Trump’s request. 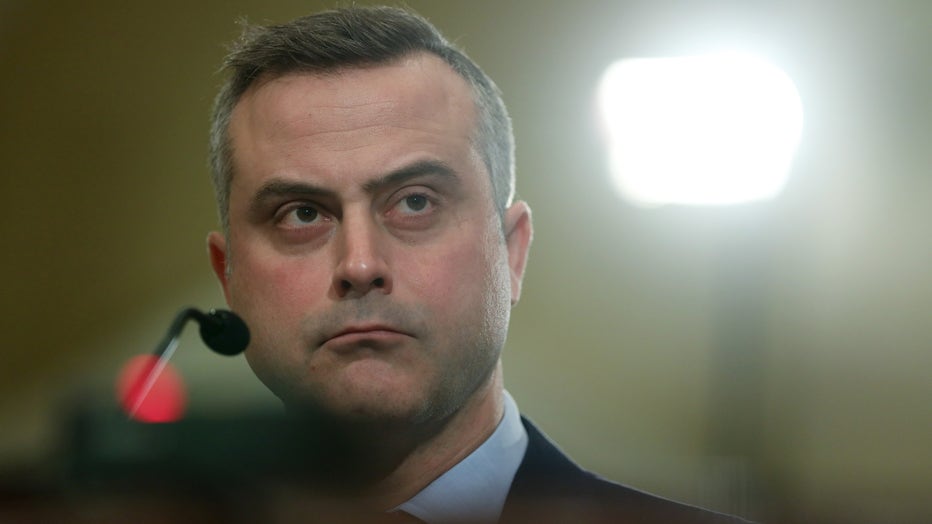 President and CEO of Dominion Voting Systems John Poulos testifies during a hearing before the House Administration Committee January 9, 2020 on Capitol Hill in Washington, DC. (Photo by Alex Wong/Getty Images)

“In Georgia, a voter comes to the poll, a local elected official or poll watcher checks them in, gives them a one-time use card, they go to a machine, and they get a touch panel, they choose all their local races...they make their selections on the touch screen and then they get a paper ballot reflecting the results that they chose,” Steel further explained. “They turn that ballot over to an election official for safekeeping.”

Steel added that the tabulators aren’t connected to the internet, preventing hackers from interfering with the system.

“Even if somehow a local elected official colluded with someone to try and modify the system, the paper ballots wouldn’t match,” he stressed. “We have a physical record of voters’ intent.”

Since the election results, Trump has filed a flurry of legal challenges, lawsuits and recount requests in efforts to overturn the results. So far, Trump and GOP members haven’t prevailed in court.

Steel pointed out that the counties in Pennsylvania and Wisconsin that used Dominion were in counties that Trump won. He also said the company is open to any audit to go back over the election results.

State and federal leaders have also verified the 2020 election.

“There is no evidence that any voting system deleted or lost votes, changed votes, or was in any way compromised,” the U.S. Cybersecurity & Infrastructure Security Agency emailed to reporters after the election. “The November 3rd election was the most secure in American history.”

The Georgia secretary of state said there was no truth to a rumor spreading on social media that voting machines in one county "switched" or "flipped" votes from President Donald Trump to Joe Biden, according to FOX 5 Atlanta.

“That was human error,” Steel said. “It was quickly noticed and quickly corrected. President Trump won that county.”

“You’re going to see examples of people making mistakes on something this big and complicated every now and then,” he added.

“I would really urge everyone to try and be as calm,” Steel pleaded. “Look to your secretaries of state, look to the federal government to establish the facts rather than going off of something that you may have seen on social media.”