DETROIT (FOX 2) - Saturday mornings at Detroit's Eastern Market are full of flowers and fruits and vegetables, and so much more -- it's one of the city's gems. But before there was Eastern Market, there was the Public Market  - the central market - near where Campus Martius now stands.

"From the get-go, it was a city-run, city-owned, city-designed project," said Greenfield Village Director Jim Johnson.

It was a place for Detroit's growing population to shop, a place for farmers and other merchants to sell their wares.

Johnson says the vegetable market building was constructed in 1860 and opened in 1861. It was a place for Detroit's growing population to shop, a place for farmers and other merchants to sell their wares.

"They built a building with 48 cast-iron columns. It was on a sawn wood roof with slate covering," said Debra Reid, curator of agriculture and environment.

Reid says it was about the size of a football field. But by 1892, what we now know as Eastern Market was growing in popularity and the city wanted to open up Cadillac Square to traffic, so the Public Market closed and the structure was moved to Belle Isle. It was part of the public space for 100 years, eventually becoming stables for Detroit's mounted division. Then it was dismantled and put into storage in 2003.

"We have enough architectural elements to be able to recreate parts of the building and have it look as it did when it was thriving in Detroit at the end of the 19th century," Johnson said.

The Henry Ford is getting ready to resurrect this piece of history on the grounds of Greenfield Village, complete with many of the original cast-iron columns and architectural detail.

The estimated cost of restoring the market $5 million. The good news is they're about 80% of the way there, they just need a little bit more to get going. 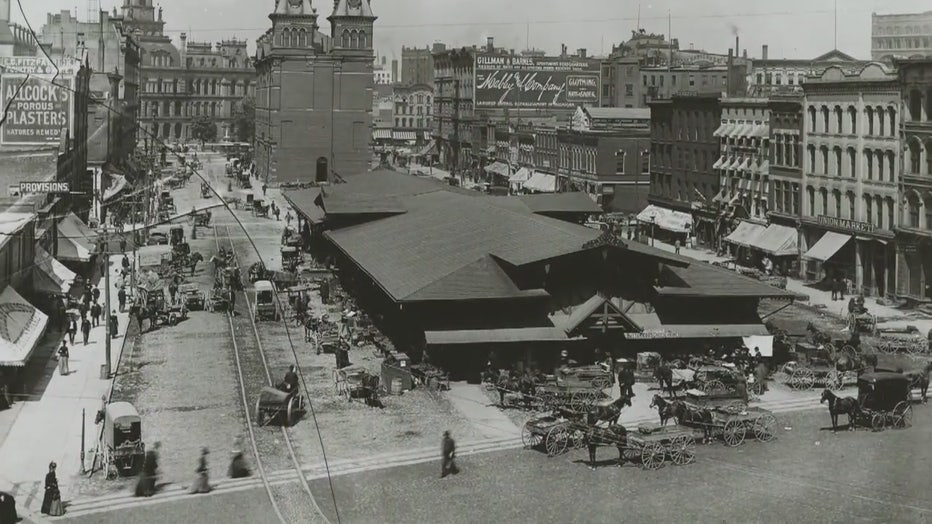 "When it's re-erected and opened it will be in its 160th year and we'd like it - in perpetuity to survive," said Reid.

"The stories that we can tell there about how Detroit fed its people - the different interactions that occurred there, maybe actually have farmers markets - it would be an awesome thing," Johnson said.