DETROIT (FOX 2) - What some are calling a double standard is being discussed one day after the riot on Capitol Hill.

"No one can tell me if it had been a group of Black Lives Matter protesters yesterday, they would have been treated differently," said President-Elect Joe Biden.

President-elect Joe Biden echoed a growing chorus of voices across America from lawmakers to everyday people critically evaluating the chaos at the Capitol.

Biden echoed a growing chorus of voices across America from lawmakers to everyday people critically evaluating the chaos at the Capitol. A mob advancing onto the steps and into our nation's central symbol of Democracy. Many saw that when juxtaposed with images of BLM protest monitoring and in some cases, suppression the contrast is a stark one.

"In the summer of 2020, BLM had a protest in DC, you had people in the Army, the military, the Capitol Police, the Secret Service, everybody. Fatigues, helmets, long rifles, (like) 'You're not coming in here,'" Rev. Wendell Anthony said. "And they were peaceful."

"I've never in my life seen anything like this," he said. "The Capitol police said come on in y'all, sit right down, have a good time. Black lives protests, not insurrectionists, not seditionists. I've been a part of (BLM protests) to stop people from killing us." 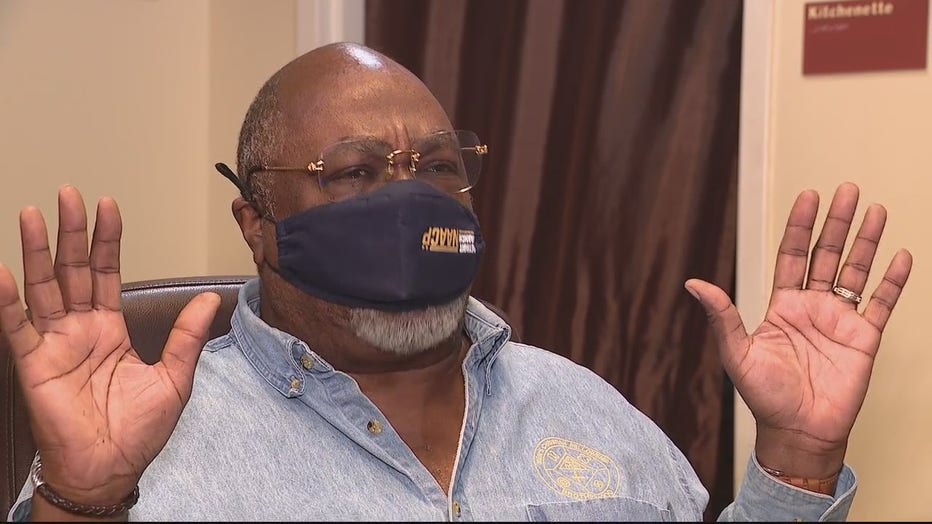 Some lawmakers continue to say they'll push for healing, change and accountability.

"We'll be pushing very, very hard and having some tough conversations about what happened and what didn't happen," said Sen. Debbie Stabenow. "

Activist Tristan Taylor who lead many of the Black Lives Matter protests in Detroit over the summer says this is more than a racial question and become a quintessentially political one as well.