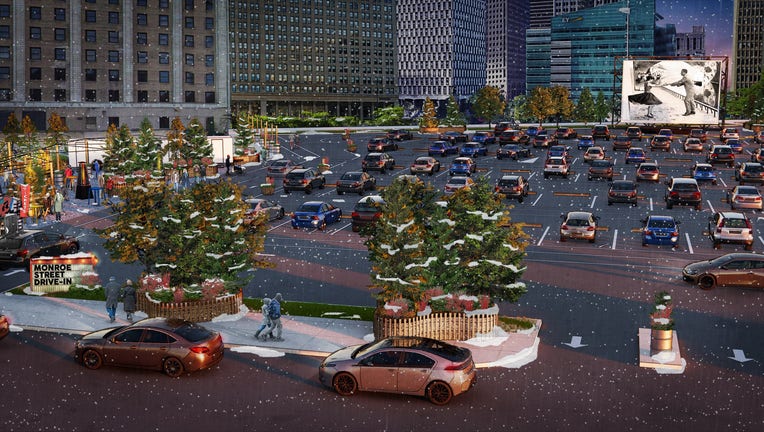 DETROIT (FOX 2) - With the COVID-19 pandemic, many businesses have turned to find new ways to stay afloat and stave off a permanent closure. Later this month, Bedrock and Emagine are teaming up with a retro idea that's become popular again: drive-in movies.

Bedrock and Emagine announced on Tuesday that it would open a drive-in theater on Monroe Street in Detroit on Friday, January 22. Opening night will feature the 1993 classic Jurassic Park and will be shown on a "state-of-the-art outdoor screen."

According to a press release from Bedrock, it's part of the company's "Decked Out Detroit" initiative.

"Movies have always offered us a couple of hours to unplug and escape, and that has never seemed more important than now," said Ivy Greaner, Chief Operating Officer at Bedrock. "The drive-in theater is our way of offering the community a way to get out of the house and safely enjoy a night out for the whole family."

The movies will be shown on a 60x32 ft digital projection screen on the site of the future Monroe Blocks development at 32 Monroe Street.

Jurassic Park shows at 7 p.m. on January 22 and the drive-in theater will have concessions, warming areas, plantings, and public restroom trailers.

Tickets will cost $20 per vehicle and will be available at emagine-entertainment.com soon. Gates open at 6 p.m. every night of movies and additional movies and showtimes will be released on a weekly basis.

But Jurassic Park is just the beginning. On Saturday, January 23, Shrek will play followed by Back to the Future on Sunday, January 24. 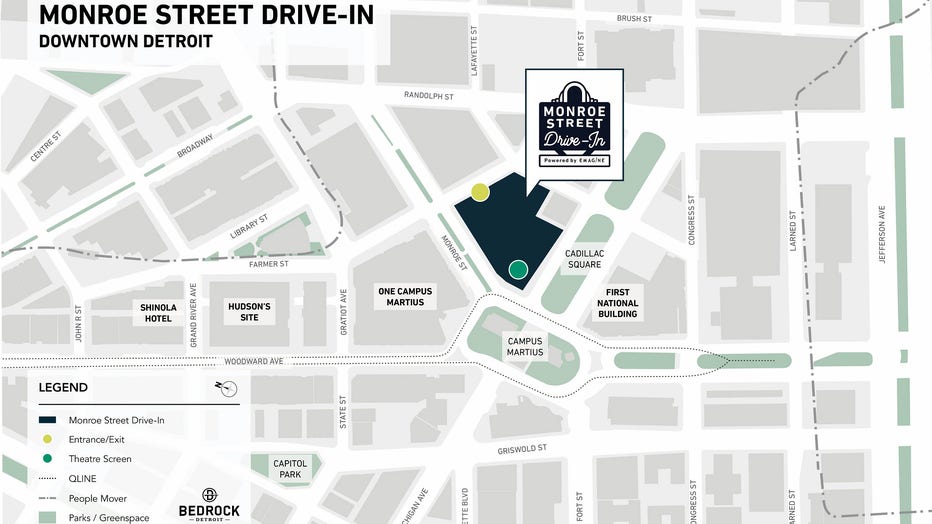 "We are thrilled to partner with Bedrock Detroit to bring our operational expertise together for this exciting project in the city of Detroit. We have always taken pride in providing an exceptional viewing experience for our guests and look forward to bringing Emagine’s prowess to this project," said Anthony LaVerde, CEO of Emagine Entertainment.

A couple of notes, if you do plan to go: