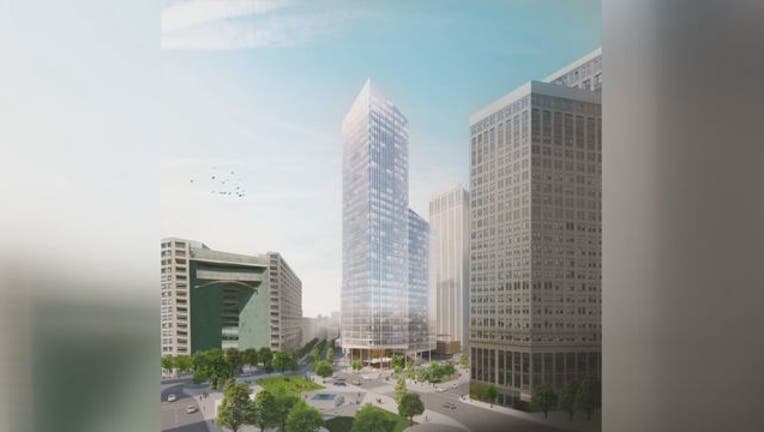 The Monroe Blocks project is ringing in at more than $800 million. It will be a 35 story office tower that faces Campus Martius Park on Monroe Street. Restaurants, retail, residential units and public space will also be included.

The project is set to be completed sometime in 2022.

In the fall of 2017, developer Dan Gilbert declared "Detroit is going vertical." About a year ago, ground broke on another major construction project downtown - the project at the former Hudson site.

That building will also be a mix of residential, office and events space that may stand at more than 900 feet tall.