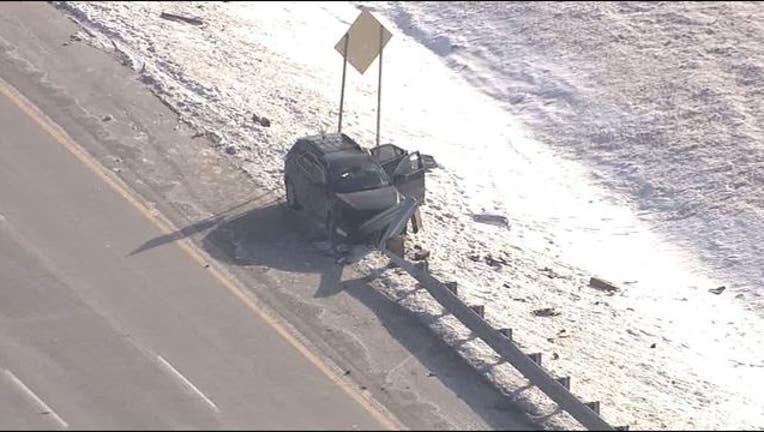 Michigan State Police said around 7:50 a.m. Friday, Metro South Troopers responded to a fleeing the scene of a injury crash on I-94 westbound at Telegraph/US-24 in Taylor. A 27-year-old man from Romulous in a 2017 Chevrolet Equinox was trapped and had suffered substantial injuries.

The Taylor Fire Department began getting the victim out of the vehicle. Due to the seriousness of the injuries, a medical helicopter called a Survival Flight had to be brought in to take the victim to the University of Michigan hospital in Ann Arbor.

MSP said witnesses on scene reported the suspect who had fled the scene of the crash was driving a dark-colored 2007 Nissan passenger vehicle. They believe the Nissan was driving westbound on I-94 and attempted to exit at M-24 but instead cut back onto the roadway.

Police said that's when the Nissan struck the Chevy, which crossed several lanes and struck the median guard rail and crashed. Pieces of the guard rail and the car were pushed into the victim, keeping him stuck in the car. The Taylor Fire Department used the jaws of life to get him out. The suspect stopped briefly but fled the scene.

MSP said a witness caught the suspect's plate on camera and troopers were able to locate her. She was arrested without incident and transported to Metro South Post for processing.

The freeway has reopened and the victim is currently in critical condition.