It was about 3:30 p.m. when the car came crashing into The Red Hook, located just off East Jefferson.

DETROIT (FOX 2) - A car crashed through the front window of a Detroit coffee shop Thursday, injuring one worker who was hospitalized.

It was about 3:30 p.m. when the car came crashing into The Red Hook, located just off East Jefferson.

"(She) pulled into the parking lot and went from here, and just went straight in," said witness Elontray Brooks.

It’s unclear why or how the crash happened and it is unclear if the woman driving suffered a medical episode. 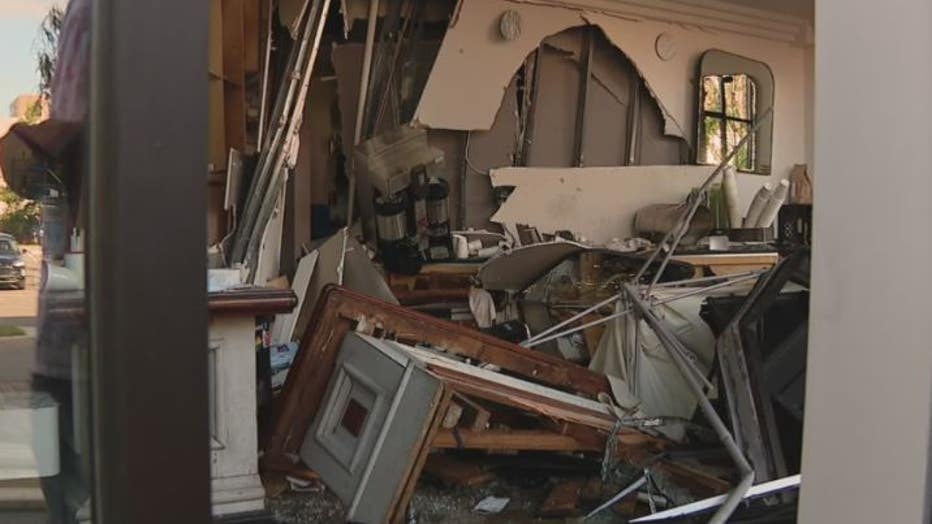 Brooks was just two weeks into his summer job at the place next door, when he jumped into action.

"She was conscious when I got to her and when I grabbed her out of the car," he said.

But had the driver veered to the right instead of to the left Brooks might not be around to tell his story.

FOX 2: "Did you see your life flash before you?"

And not only did the teenager immediately help the driver out of the car, he started rendering first aid to one of the two workers who was inside the coffee shop at the time of the crash. 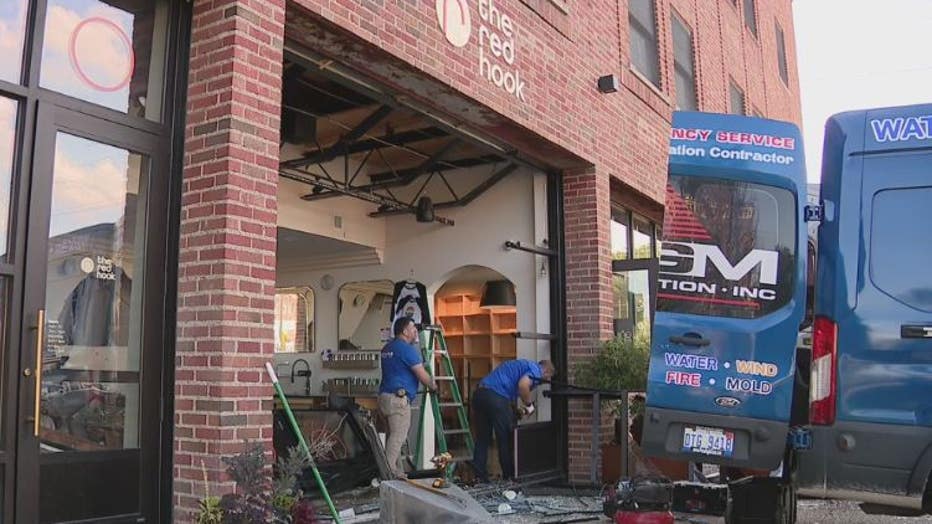 "I grabbed a pair of scissors, some towels we had in there, and some string we had in there," he said. "And I was ready to go at it. When I cut the pants leg off, there was no bleeding on the outside just blood from where he cut his hand, so it was everywhere. So I just kind of wrapped up his hand and told him to lay here, don’t move, you don’t want to make it any more worse than it is."

And while most people run away from danger, Elontray ran towards it. He said his mother was a nurse when he was growing up and knew he had to jump into action.

The injured worker is expected to be okay. 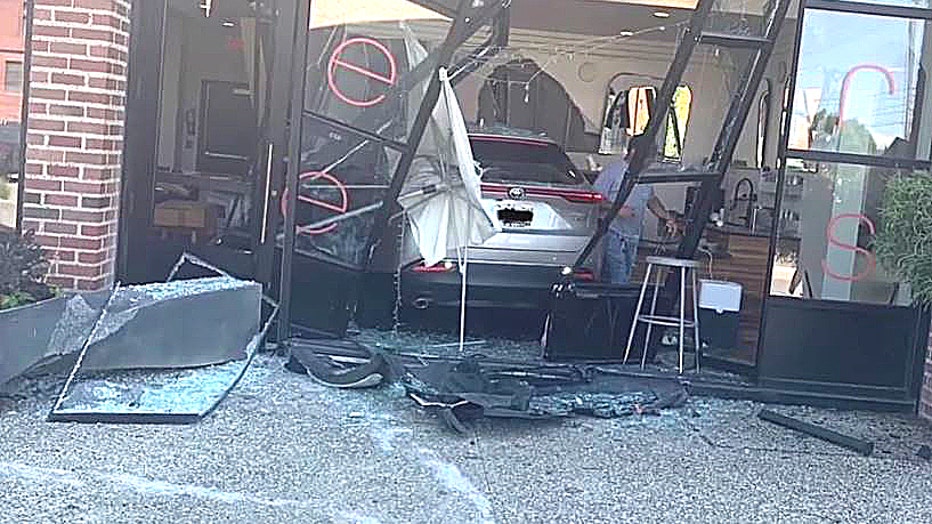