A truck simply never turns with the road - going straight through the median striking and killing the woman. The driver then continued south without stopping.

DETROIT (FOX 2) - Detroit police are still searching for the driver after a woman was struck and killed Monday just before 5 p.m.

A tire business nearby caught the crash on security cameras, showing the truck leave the road and strick the victim as she stood on the median.

The woman was crossing Livernois from a neighborhood at McMillan Street in southwest Detroit. Video showed she waited on that median for traffic to clear - so she can finish crossing the street - when tragedy struck.

A truck simply never turns with the road - going straight through the median striking and killing the woman. The driver then continued south without stopping.

Police spent hours at the scene gathering evidence at the corner of McMillan and Dragoon streets. Off-camera neighbors said due to the curves in the road, accidents, and crashes are fairly common at this intersection.

Livernois splits with sharp turns leaving an island in the middle, which is the same place where the victim was standing when she was struck.

Those who live nearby are hoping maybe some signs indicating a curve in the road could cut down on collisions at this corner.

Police spoke with the same business that had the security footage of the crash. No arrests have been made and investigators have not identified the victim. 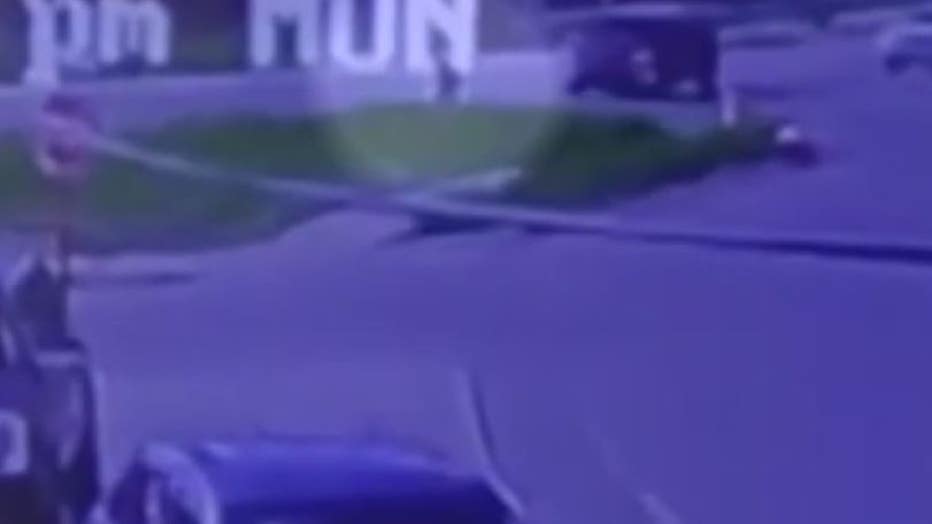 Security video photo of crash from nearby business in Detroit.