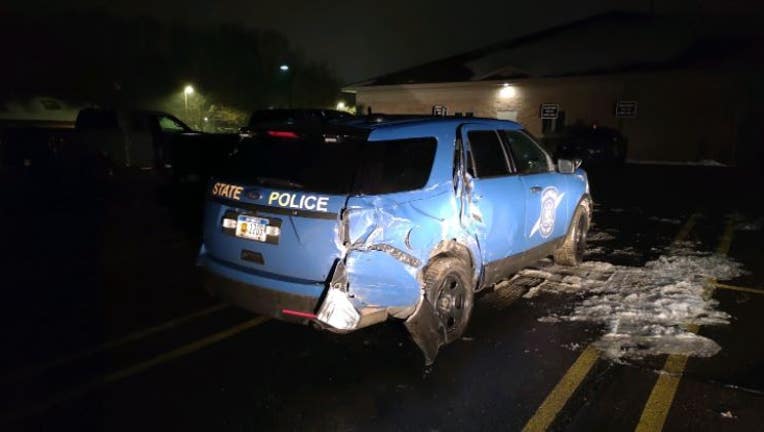 The trooper was investigating a crash near Spencer Road in Livingston County at 10:36 p.m. when the driver, who was traveling too fast on icy roads, lost control. Police said the driver rear-ended trooper's vehicle and was issued a ticket.

The trooper suffered minor injuries and was treated released from a hospital. The driver who caused the crash was not hurt.