PLYMOUTH, Mich. (FOX 2) - A violent crash between a sedan and an SUV happened on Lilley Road in Plymouth Monday.

"The EMS and police ... within seconds just seemed like everyone was on scene," said witness Tony Pizii.  "I heard a crash bang thing and all the sudden the power lines fall down."

Pizii was hard at work Monday at a car dealership when he heard a loud boom right outside his window. His coworker also heard that boom and ran outside to assist.

Brian Brewer saw that the occupants in a Ford car were okay so he went to check on the driver in the SUV.

"We couldn't get a response by knocking on windows and realized person was trapped inside," Brewer said. "We pulled the door apart. I jumped inside and I still couldn't see the person because the top had collapsed on him.

"Another police officer showed up and he climbed on back of vehicle and jumped inside with me. We pressed as hard as we could with our backs against the top and we pressed against the back. We heard the person take a deep breath so he did respond."

Police confirmed that high winds Monday afternoon prevented a medical helicopter from responding to the scene.  But emergency crews were able to get the driver out and he was rushed by ambulance to a nearby hospital

Brewer, a former firefighter, became emotional at the experience. He was just glad he was nearby and could help out..

"It brings back memories," he said. 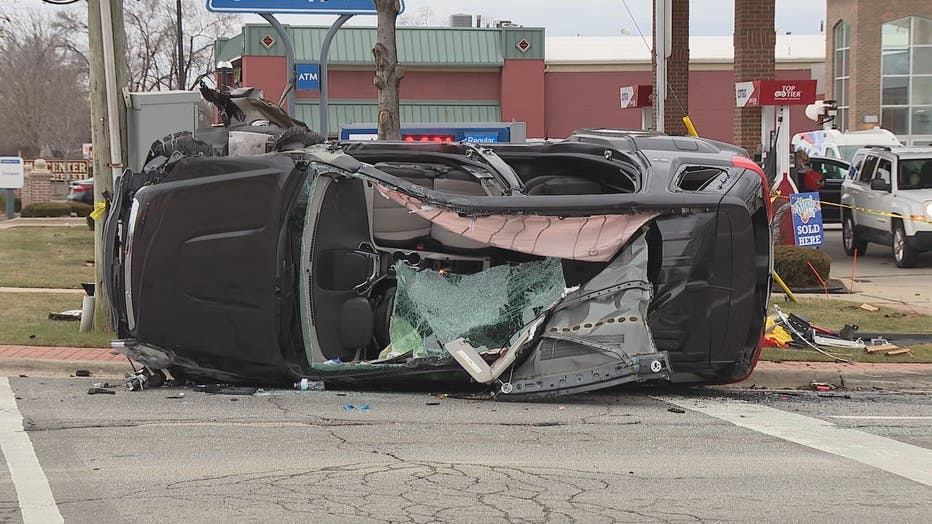