An uninsured man crashed into several cars in a Livonia parking lot, damaging and destroying several vehicles. Since he didn't have insurance, the people whose cars were damaged are left to deal with it on their own.

LIVONIA, Mich. (FOX 2) - A driver plowed into a parking lot full of cars after suffering a medical emergency last week in Livonia.

The driver veered into oncoming traffic, hit a beam, and went airborne into the parking lot of a small business on Plymouth Road near Ann Arbor Road on March 14, hitting numerous vehicles in the process.

At least three vehicles were totaled and five others were damaged in the lot. 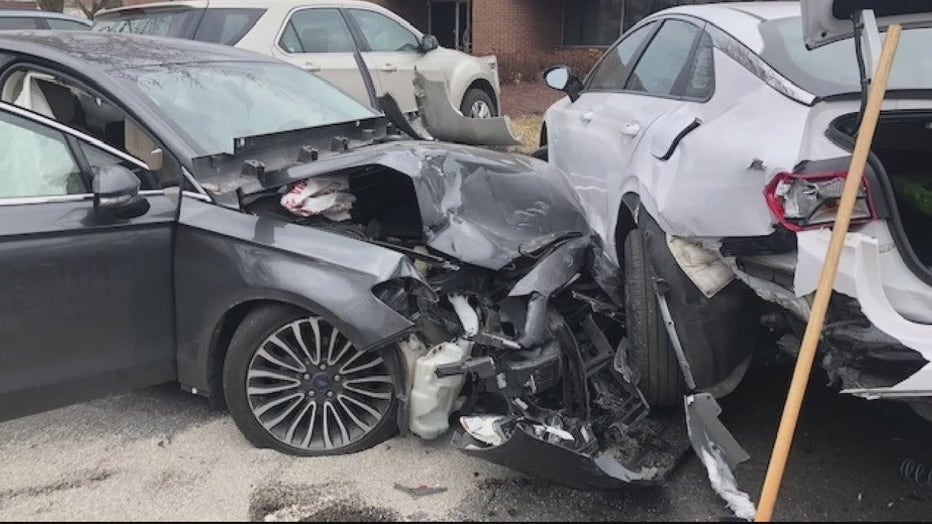 "Hit the top of two cars, blew out all the glass. The one car looked like it became a convertible," said April Duncan, whose co-workers cars were hit.

Madeline Gannon's 2020 Ford Escape was one of the vehicles wrecked.

"It was my first real nice car, and it's gone," she said. "I hope he’s doing well, and I hope he’s recovering, but it’s been devastating to all of us."

Those whose vehicles were damaged aren't sure what to do because driver who lost control didn't have car insurance.

"I was hoping to get was a rental car out of his insurance only to find out that he doesn’t have any," Gannon said. 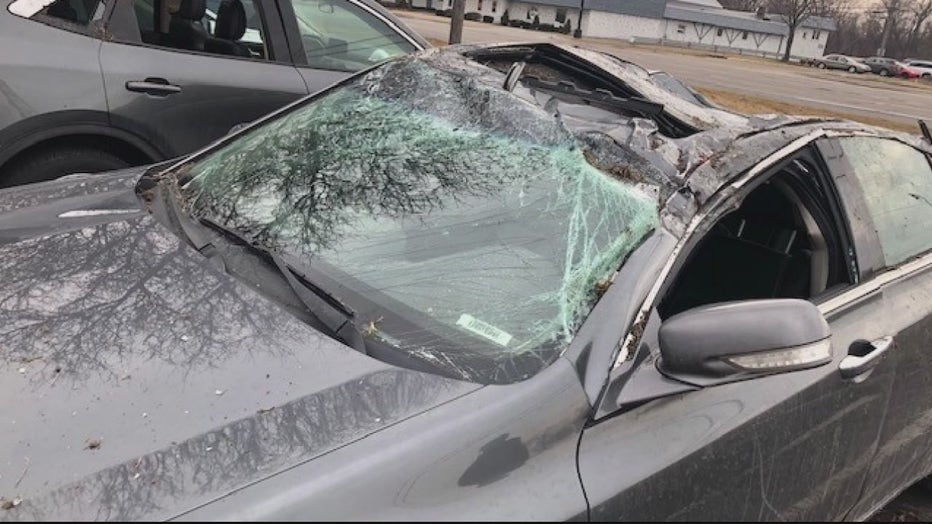 Unfortunately, they have little recourse, according to attorney Steve Letho.

"If your car gets hit while legally parked, you look to the other car’s insurance company. The problem is someone driving without insurance, doesn’t have insurance," he said. "If you don’t get your deductible paid or there’s other things that come from this that your insurance doesn’t cover, you could go after the driver of that car, but the question is how collectible are they?"

The business is helping with the cost of deductibles.

The, there's the struggle of finding a new vehicle right now.

"It’s difficult, getting a new car, a used car -- both are hard. A new car, it’s taking like three months to even get one," Gannon said. 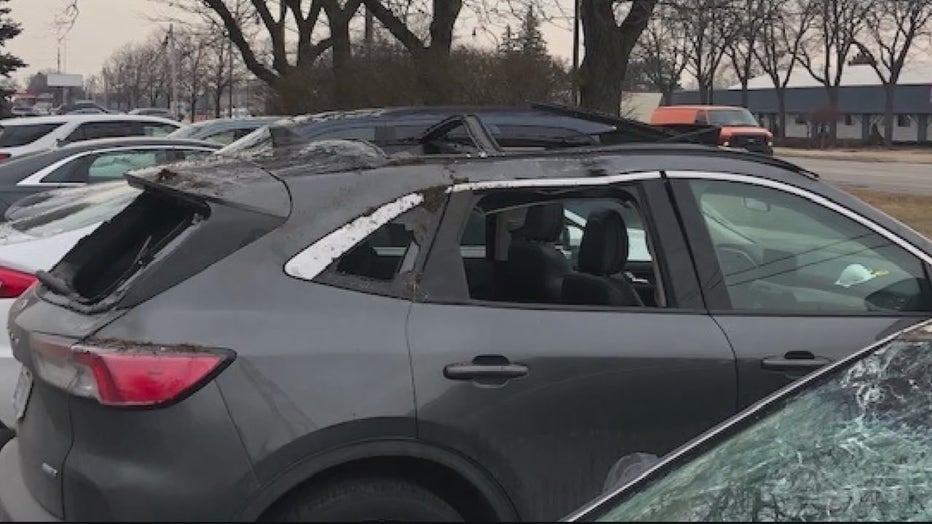 Despite being left with a situation to figure out, everyone is just thankful no people were hit in the parking lot. Gannon said she would have been in her vehicle when the crash happened, but she was covering for a co-worker who left for lunch.

"Honest to goodness you can ask any of my colleagues: I’m the one person that does not go out to lunch. I bring my lunch to work every day," Duncan said. "Some higher power was at work to protect us all."