DETROIT (FOX 2) - The year 2019 was a busy one for U.S. Customs and Border Protection officers at the Detroit field office.

Authorities seized deadly drugs, weapons, counterfeit products, pests and even ancient Egyptian mummy linens seized by authorities for the office, which covers ports of entry in Detroit including the bridge and tunnel to Canada and Detroit Metro Airport in Romulus. Their coverage area extends to Port Huron as well as Sault Saint Marie.

"It's no secret that our mission is complex," said Christopher Perry, Detroit Field Operations. "When you hear and see all the things we've been able to take off the streets. I'm incredibly proud of it."

The office led the nation in unreported currency violations - seizing over $7.8 million.

"We are going to do everything we can to prevent dangerous things and dangerous people from coming into the country," Perry said.

In Michigan's five ports, CBP officers seized 495 pounds of marijuana, 600 pounds of cocaine, 13 pounds of meth and 267 pounds of opium.

Agents also seized 10 pounds of fentanyl which is enough to kill about 1.5 million people.

"It's overwhelming to think that such a small amount of fentanyl can do so much damage to people," Perry said. 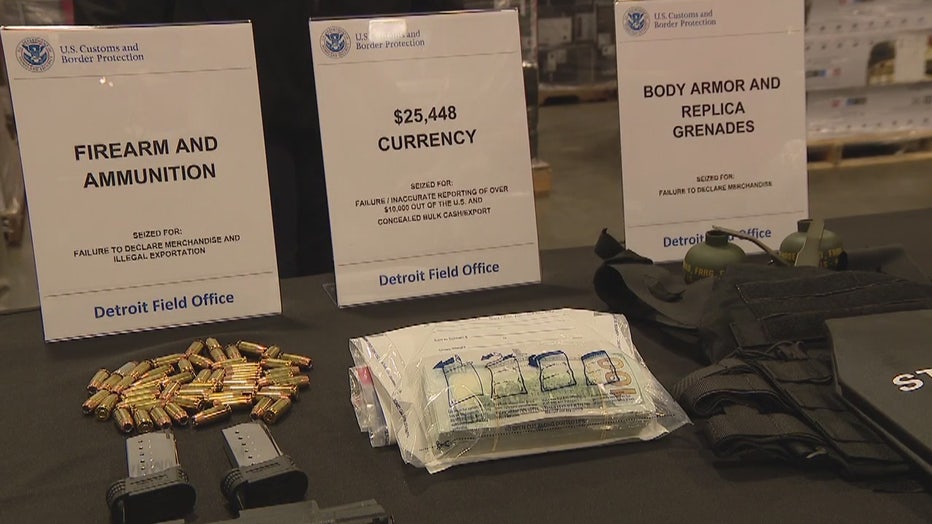 "Their introduction to the United States agriculture would be devastating if not catastrophic." said Michael Fox, Port Huron area port director.

Officers even found five jars of mummy linens believed to be from between 305 and 330 BC along with counterfeit goods - even fake airbags.

"A counterfeit airbag is like a bomb going off in your face," Perry said.

"The subject admitted to having bomb making materials at his home and told agents he was interested in mass shootings," Perry said.

Now planning to destroy most of these dangerous items, these guys are hoping to seize even more in 2020.

"If these materials fell into the wrong hands," said Robert Larkin, Detroit area port director. "It could have devastating results." 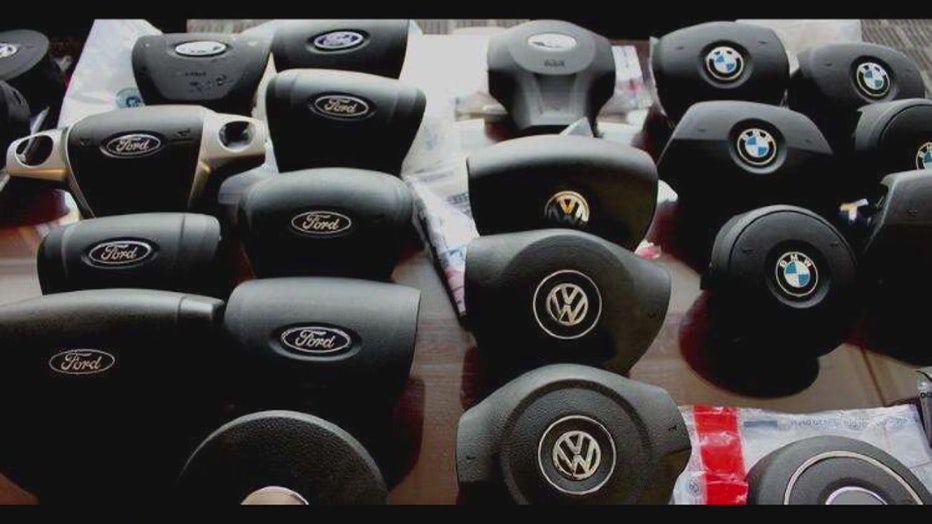 Counterfeit air bags would be like a bomb going off in your face said agents.