DETROIT - DTE stopped by a Detroit family whose mom was murdered over the summer, to gift their children lots of gifts. They got everything they asked for.

"I was kind of shocked because I didn't know I was going to get everything on the list," said 10-year-old Khia Lowery.

For the family of Francesca Marks, this Christmas will be their first without their mom. Loveably known as "Frankie," she was at a picnic in August when an argument broke out over a pair of basketball shoes near Rouge Park in Detroit. The conflict resulted in stray gunfire, with one of the bullets hitting Marks.

She would later die.

DTE donates gifts to family of murdered mother on Monday

Employees with DTE stopped by the residence of Francesca Marks' family on Monday to give the murdered mom's seven kids Christmas gifts.

Since then her family, which makes up seven young boys and girls have been without their mother.

However, on Monday officials with DTE dropped by their house with lots of goodies, ensuring that they would have something to celebrate this Dec. 25. Dressed as Santa's elves, the employees from the Pontiac service center came bringing lots of presents.

"If my eyes could pop out of my head they would have. DTE is absolutely awesome. I just can't imagine this much love," said Sherri Scott, Francesca's mom.

Even with the surprise, Marks' kids admit it still won't be easy.

"Hopefully, whoever did this to her is caught because we are always talking about Francesca and Francesca's children, Francesca's family and hopefully somebody will turn that person in," said Scott.

This isn't the first surprise that Sherri and the kids have received this year. For Thanksgiving, Wayne County Executive Warren Evans stopped by the house with lots of food for the kids to eat.

And of course, receiving feels almost as good as giving. Just ask DTE 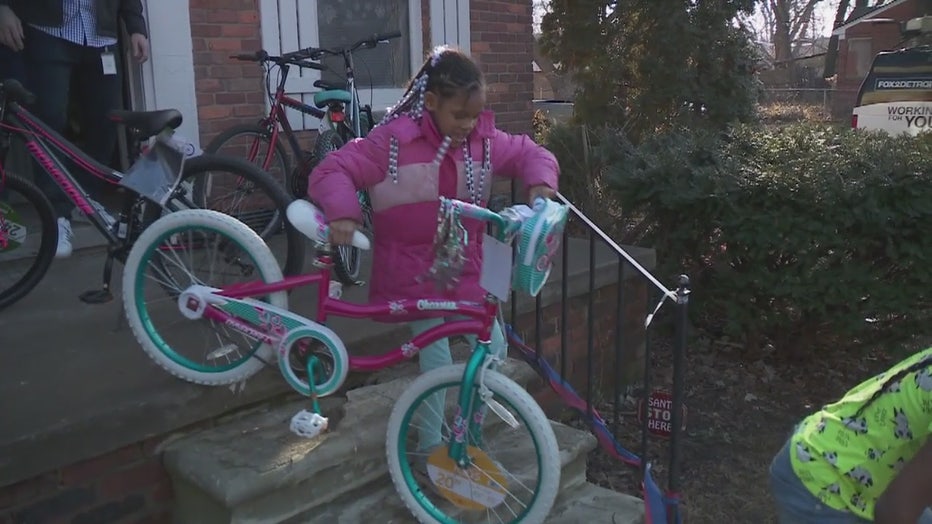 "I hope this experience for them has been as overwhelming as it has for us. We wish them a merry Christmas and a prosperous new year," said an official with the utility company said.

"I'm absolutely happy that everyone has shown so much love - it's coming from every direction. If anyone says there's no love in Detroit, that's not true," added Scott.