Mayor Duggan kept his focus on equity and how the city is rebuilding shopping districts to grow neighborhoods and minority businesses.

The auto parts facility is an example of how his administration is bringing the auto plants and thousands of jobs back to the city.

"That's what happened when the city council and mayor work together," Duggan said.

The mayor switched gears to the auto insurance rates - Michigan has the highest in the country and Detroiters pay double that on average, at $4,100 a month.

"Well they couldn't fix the damn roads, they sat down and worked out car insurance," said Duggan. 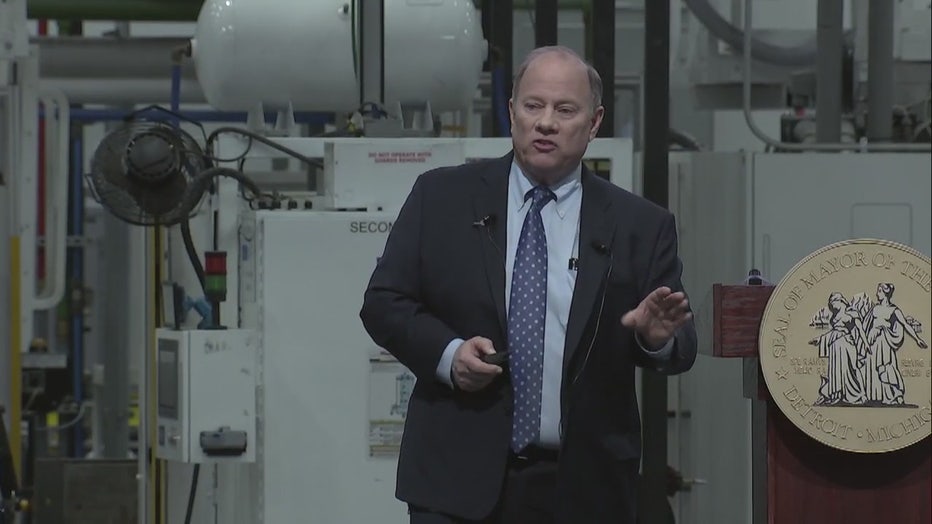 Duggan says as of July 2nd, that will change. He will be holding town hall forums to teach Detroiters what they will have to do, to cut their rates under Michigan's no-fault auto reform.

"The first company that's going to be certified, is going to be the city of Detroit and the employees of Detroit will have an opportunity to significant cost savings on July 2nd," Duggan said.

Mayor Duggan kept his focus on equity and how the city is rebuilding shopping districts to grow neighborhoods and minority businesses. He pointed to 16 new stores recently opened on the Avenue of Fashion on Livernois near Seven Mile.

"We are building one of Michigan's great commercial corridors and this isn't being done in other parts of the country," Duggan said. "With African-American entrepreneurs driving this."

But not all injustices can be corrected. Duggan said for homeowners who were over taxed when officials failed to correct their property values - it's likely too late. 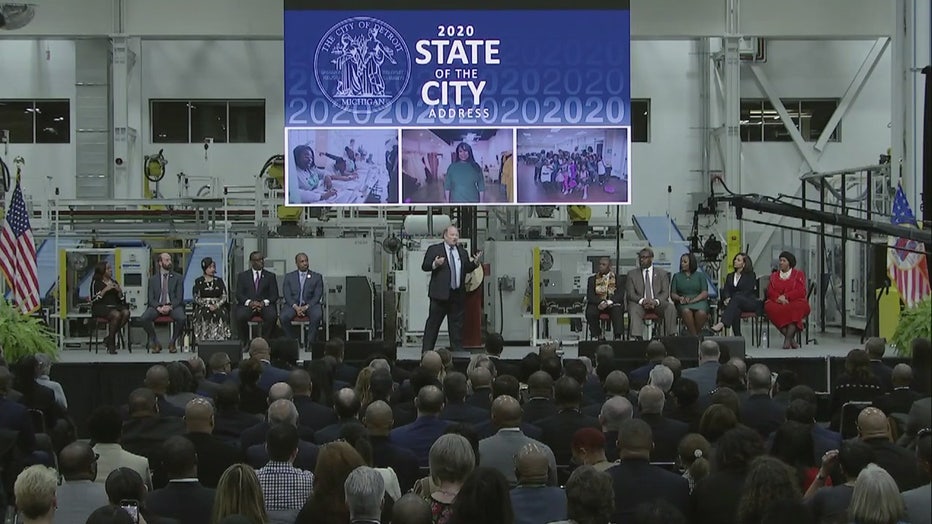 "People who got assessed in 2011 and 2012, that money has been spent," Duggan said. "They have no way of recovering it unless to levy a huge property tax.  which would have to raise property tax rates and cause another round of foreclosures.

But Duggan promised to keep fighting to keep people in their homes, tearing down abandoned homes and increasing the amount of police officers that protect the city.

"Not what I would hope, but it is going the right direction," Duggan said.

A big financial boost for the city will be business created by the marijuana industry. The mayor says the city plans to award 50 percent of future licenses for marijuana businesses to Detroiters.

"The people of the city deserve a seat at the table in an industry that's going to be around for a long time," Duggan said.