DUNDEE, Mich. (FOX 2) - During a Sunday afternoon drive in Dundee was when something caught firefighter Paul Motylinksi's eye near Custer and Baldwin, an 81-year-old had fallen through the ice.

During a Sunday afternoon drive in Dundee was when something caught firefighter Paul Motylinksi's eye near Custer and Baldwin, an 81-year-old had fallen through the ice.

So Motylinski called 911 and then called his brothers who are less than a quarter of a mile away.

"He said, 'Hey there is a guy, he is stuck in the ice and he's drowning. Grab some rope and meet me by the pond," Motylinski said.

So that is what they did.

"I had to do a double-take, it looked like a doll or something out there. He just remained calm," said Phil Motlylinski.

The 81-year-old man was clinging to ice in water that was likely 20 feet deep. They rushed to tie ropes together.

"We had the stuff in the trucks. We just made it work," said Pat Motylinski.

The victim, stranded in the water, mentioned to his rescuers that he had a boat on the shore right next to his house. They used it to get close enough to throw him a rope and pull him to safety."

"He grabbed the rope and that's when Phil and I tugged on it and we got him on the ice," Pat said. 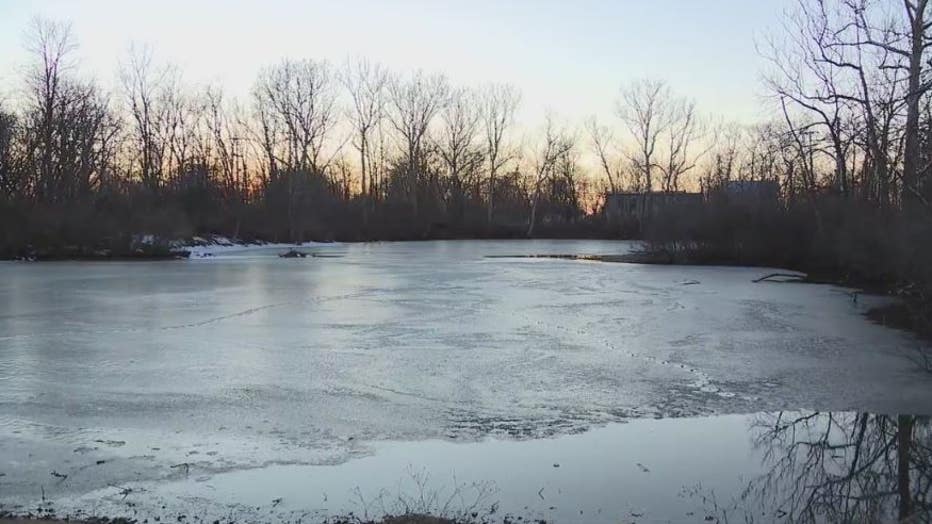 By the time they got him shore help had arrived from the sheriff's office and other firefighters the victim was treated and is expected to recover.

The Motylinski brothers say. helping someone in need is just second nature to them.

"Pat and I are not on the fire department but it's nice to be a part of this family and the volunteers, what they do," Phil said. "If anybody is ever thinking about it, now is the time. it feels good to help somebody."

And they offer this bit of caution especially this time of year when the ice is thawing and freezing more often.

"The main thing is not to panic," Ben said. "Kick and scream. You've got to try and get horizontal and slowly work your way."

As for the 81-year-old victim, whatever kept his calm during his time in the water likely helped keep him alive. That, and having a very observant firefighter drive by at the right time. 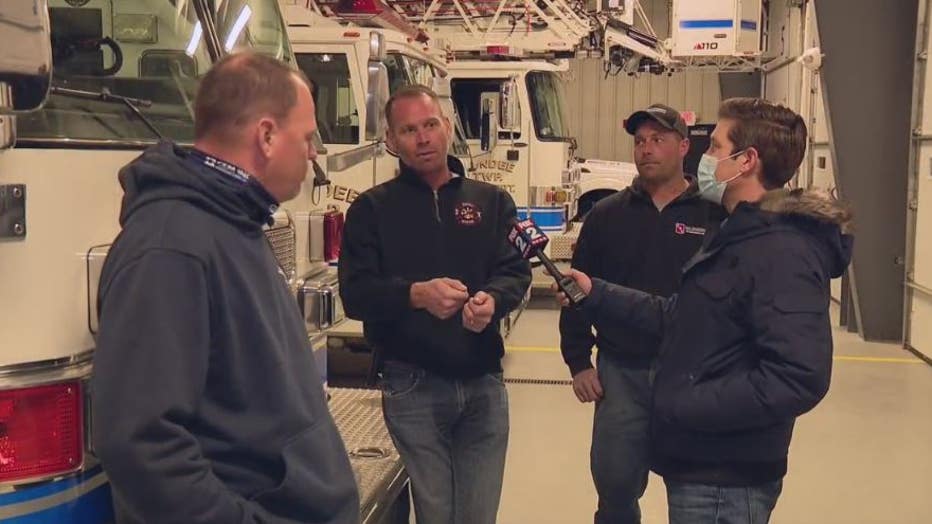 "That would be my question to him," Ben said. "How many cars did you watch just drive by? It's good for him that Paul's head was on a swivel."