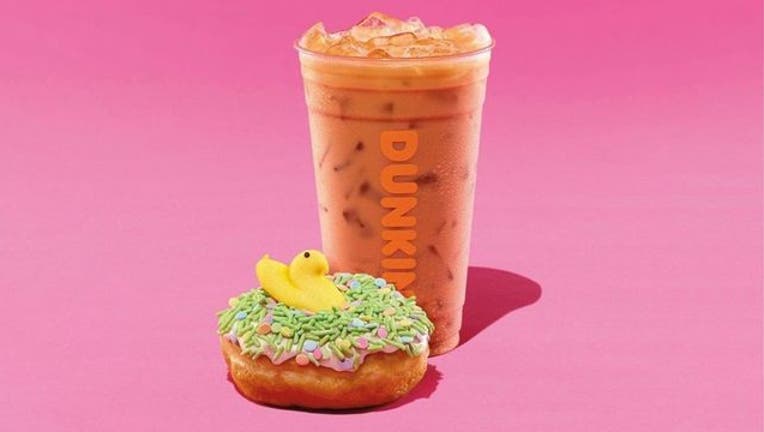 The company unveiled its new Peeps marshmallow-flavored coffee and Peeps doughnut, both of which will be available to customers at participating stores on April 1, they said in a news release.

“With spring’s renewal, Dunkin’ is turning to one of the most iconic treats of Easter to make the season especially happy, bright and colorful for both coffee and donut lovers,” the company said.

Aside from frosting and sprinkles, a mini yellow marshmallow chick will sit atop the festive treat, according to Dunkin’.

And the Peeps flavor will be featured in a variety of Dunkin’ beverages, including both hot and iced coffee, they added.