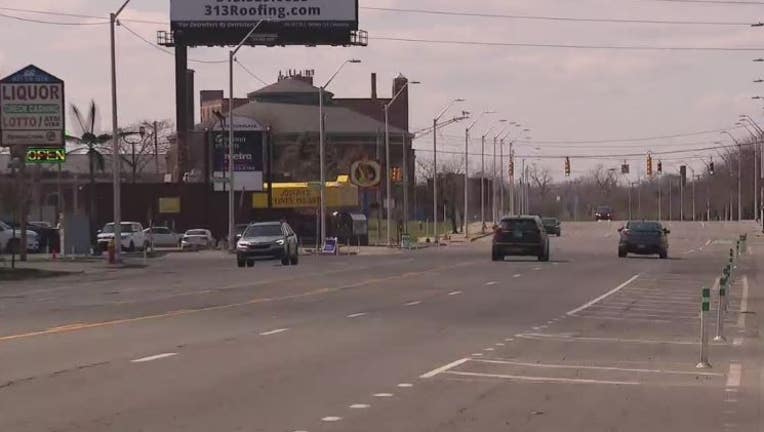 DETROIT - A two-week road construction project on East Jefferson is about to commence that is intended to improve driving on the heavily-trafficked road ahead of a massive road project scheduled in the next couple of years begins.

Construction will span 5.7 miles between Beaubien and Lakewood Street and encompass a new top layer of asphalt on the road's two primary travel lanes in each direction.

Roadwork for this session is expected to start Tuesday and end on Sept. 3 - weather permitting.

"We understand E. Jefferson is a well-travelled major thoroughfare and want to make sure motorists experience an improved riding surface and minimal inconvenience," said Detroit Public Works Director Ron Brundidge. "This 5.7-mile stretch will be completed in about two weeks with limited lane closures. We are coordinating closely with DWSD to time their water line replacement with our plans to fully reconstruct and redesign E. Jefferson."

The first phase of construction will span from Rivard to Lakewood, impacting primary travel lanes only.

The same process is expected to happen for the second travel lane.

Each lane will take 3-4 days to complete from end to end.

Drivers beware, on-street parking will be prohibited when the far-right lanes are under construction.

The second part of the construction will commence on Aug. 20 and involve resurfacing between Rivard and Beaubien.

Expect a similar layout of work as phase one.

The roadwork is expected to be minimally invasive and only hold the city over before a massive water infrastructure project kicks off in the next couple of years.

"In approximately three years, DPW will oversee a complete streetscape project for East Jefferson Avenue similar to projects on Livernois and Grand River," read a release from the public works department.

The project will include several underground utility updates from the water and sewerage department. DWSD is also planning to replace existing water mains in coordination with the Great Lakes Water Authority.

What the final version of the road will look like is unclear as it's still in the design phase.