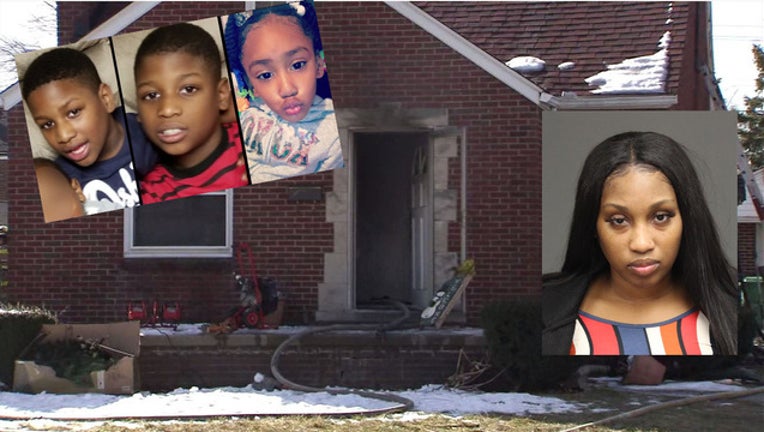 EASTPOINTE, Mich. (FOX 2) - A 29-year-old woman charged in connection to a tragic house fire in Eastpointe that claimed the life of three children all under the age of 10 has been ordered to stand trial on child abuse charges.

Amber Renee Swain was charged with three counts of child abuse connected to the deaths three young children in March of 2018.

Brendon Swain, 9; Zyher Swain, 8; and Madison Swain, 4, were alone inside a home on Juliana Street on March 8, 2018 when it caught fire. Eastpointe police said the children were found in an upstairs bedroom. Brendon and Zyher were brothers, sons of Amber Swain, and Madison was their cousin.

The Eastpointe Police Department has said the home did not have working smoke detectors.

Judge Carl Gerds of the 38th District Court ruled recently for Swain to stand trial after hearing testimony and reviewing arguments from her attorney John Dakmak and prosecutors.

Dakmak said the children had been home alone for about 85 minutes when the fire struck. He disputed arguments from prosecutors that Swain was reckless because she couldn't have foreseen that her home would burn down "during the short time frame."