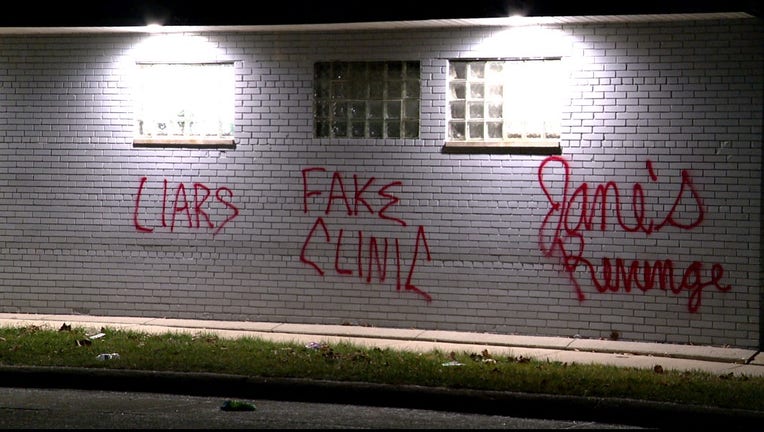 Several spray-painted messages were left on the walls at Pregnancy Aid Detroit, the pro-life, crisis pregnancy center in Eastpointe.

A threatening message was left "'If abortion is not safe neither are you."

A militant, extremist abortion rights group known as "Jane’s Revenge" has been behind similar crimes around the country. It’s being investigated by police if it is connected to the incident in Eastpointe.

Police say the investigation is ongoing and are working on gathering surveillance footage from the non-profit center.