ECORSE, Mich. (FOX 2) - It has been a week now and Ecorse police say they are still actively investigating a recently reported sexual assault. But as each day passes, Charnisa Cox says it gets harder knowing her attacker is still out there.

“I have a hard time going to sleep at night," she admitted.

Ecorse woman says she was raped in grandmother’s house

But as each day passes, Charnisa Cox says it gets harder knowing he is still out there.

It is not an easy thing to live with, being the victim of an alleged sexual assault.

“I still look back everywhere I go. Because you don’t know what people are capable of," said Cox.

And it can't be easy to put your story out there.

"When stuff like that happens to you and it traumatizes you," she said. "A person can only wait for so long.”

She says it happened Feb. 11 around 1:30 p.m. As Cox pulled in the garbage cans, she says a black Dodge Journey pulled up to her house on Tenth Street.

“He gets out of his car and locks the door, like this is his house or this is his property,” she said.

The 21-year-old scrambled to get into her house.

“I’m trying to lock the door. By this time, he had already yanked the door back, he pushed me out of the way and came in,” she said.

Once inside, she says she was attacked and violated. Her 90-year-old grandmother was in a separate room asleep.

“I told him several times, stop. Stop. Stop,” she said.

When it was over, she says he left with a threat. “He’ll do it every day that my boyfriend is at work." 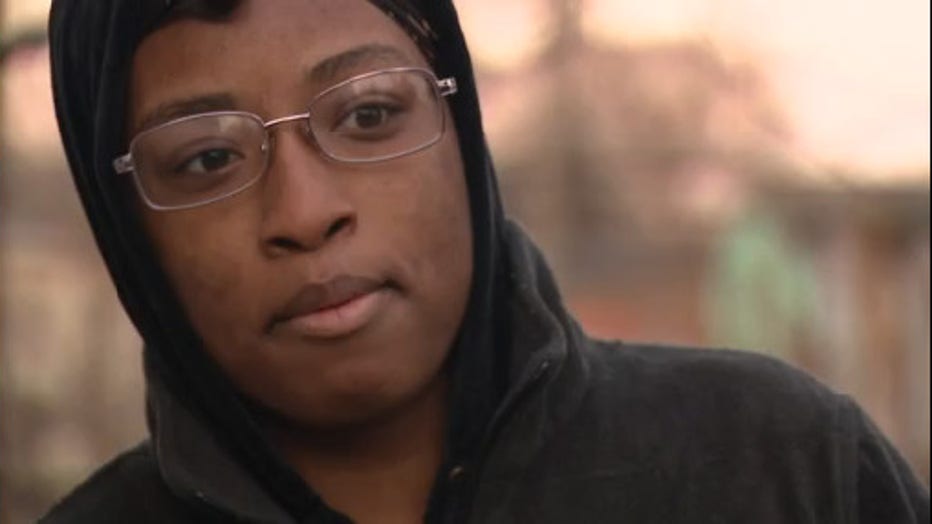 Cox says she immediately called police and went to the hospital for a rape kit. One week later, she decided enough is enough.

“My stepmom said just call the news, if you have to go through different resources, I'll have to do that.”

While police continue to investigate these allegations, she worries that if he is capable of doing this to her he may do it to someone else.

She says that the suspect was not someone she was friends with but had seen her before in the neighborhood.