A 71-year-old cancer patient and street vendor was injured in a random brutal attack.

DETROIT (FOX 2) - A 71-year-old cancer patient and street vendor was injured in a random brutal attack.

"I was sitting there and I noticed this individual was standing against the wall for about a half an hour," said Bobby McCoy. He wasn't looking for trouble, but it found him in the heart of downtown Detroit Wednesday, in the form of a brutal beating in broad daylight.

McCoy was selling his handmade bead bracelets in front of front of the CVS on Woodward near Campus Martius around noon Wednesday, when he says that person he noticed near the wall started acting out.

"And he hollered, 'Quit hitting me' and he starting hitting me with an iron pipe I would say is about three feet long," said McCoy.

FOX 2: "What's running through your mind as this guy is attacking you?"

"I've got to live, I've got to get away," McCoy said. And amazingly he did - scrambling bruised and bloodied to a nearby building.

"I see him stumbling in, had a hard time breathing, and as he gets closer to me I see he has blood on his head and a gash on his head as well," the witness said. 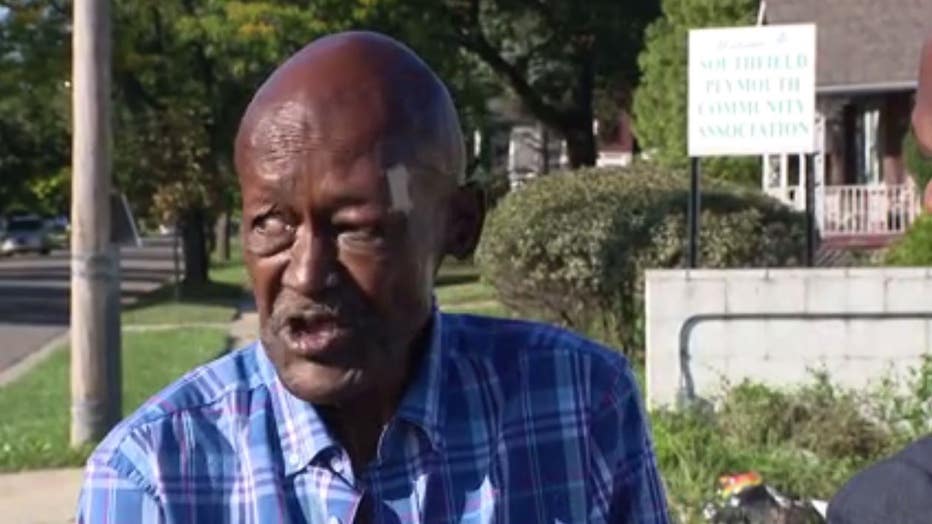 FOX 2: "What prompted all of this, why did this guy come after you?"

And turns out McCoy's alleged attacker is actually a woman. Police say she's in her 20s and is in custody.

Right now it's unclear if she's had any other run ins with police. The investigation ongoing.