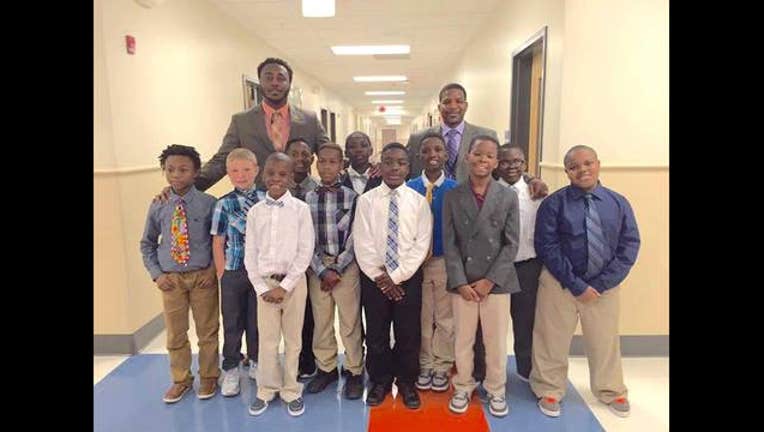 A photo of the "Gentleman's Club" was posted to Imgur and has been viewed nearly 500,000 times. (Photo via Imgur / Most Viral Images)

(FOX 11) - An elementary teacher in South Carolina is trying to help his young students learn how to act like gentlemen, according to WSMV.

Nearly 60 students at Memminger Elementary in Charleston get together on Wednesdays and meet for the Gentleman's Club -- dressed for success.

Raymond Nelson, who came up with the idea, is the student support specialist at the school and works with at-risk children, the station reports.

"I was thinking maybe if I have the boys dress for success," Nelson told WSMV-TV. "When was the last time you saw someone fighting in a tuxedo?"

The club’s motto is "Look good, feel good, do good."

Nelson even provides some jackets, ties and vests for the fifth graders who don't have their own.

During Gentleman's Club, Nelson tells the station they discuss topics like how to shake hands, make eye contact, open doors and address their elders.

While some of the younger boys aren't interested in girls yet, Nelson says he bases his lessons off how they would treat sisters, mothers and their teachers, the station reports.

Tap here to read the full report on WSMV.com.