SOUTHFIELD, Mich. (FOX 2) - An Eastern Michigan professor is accused of sending unwanted pictures of his penis to a former student plus another graphic email asking her to perform an act for him.

Former student Destinee Hayes has filed a notice of a plan to sue EMU for sexism and racial discrimination for the alleged emails from the 65-year-old professor.

Destinee Hayes says when reached out to that professor for a letter of recommendation for law school back in August, she says he responded by soliciting her for sex, sending pictures of his genitals from his university email account, and asking her to do the same.

According to Hayes, in June of this year, she emailed the professor for a letter of recommendation. On Aug. 22, she said she received several unwanted responses from his university email account.

Hayes said one of the emails was a picture of his penis and another said “show me your p*** baby."

Hayes said she immediately reported to the Title  IX Coordinator for EMU but, as of Dec. 8, 2020, the coordinator has not responded to her regarding an investigation. She said the professor is still employed by EMU. 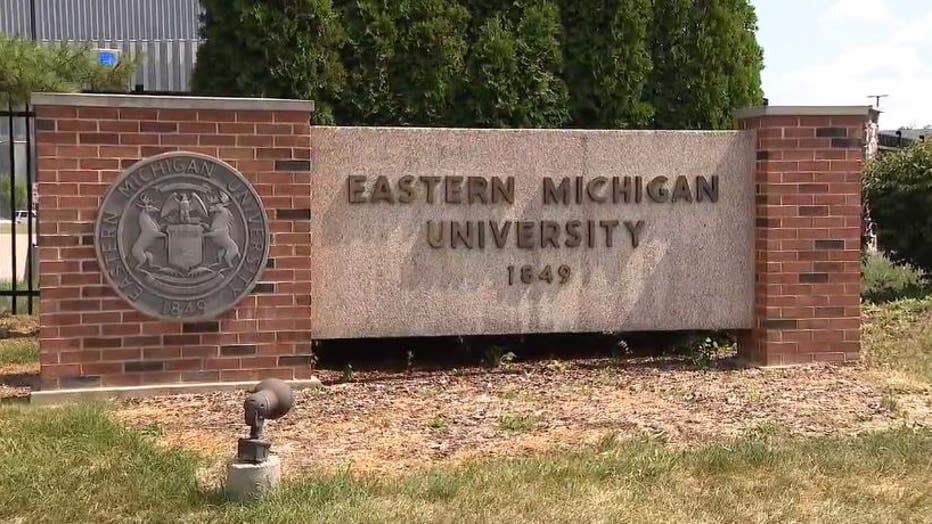 Hayes hired attorney Detroit attorneys Maurice Davis and Jasmin Rand to represent her in the lawsuit. She said she's planning legal action to protect other women and doesn't believe she's the only e one he's sent images like this to.

“I hired my attorneys to fight for me and the other women that this professor has most likely victimized. I do not believe that this is the first time he sent a student pornographic images. I am extremely disappointed in my alma mater Eastern Michigan University for not firing him. I refuse to remain silent while this man is still employed and left to victimize other women," Hayes said in a statement.

"EMU has all of the evidence it needs to fire the professor: email communications sent over their own email server, which leads us to believe that structural racism and sexism is at play. EMU’s failure to fire the professor ratifies his misconduct and proliferates the pandemic of structural racism and sexism plaguing our nation that gave rise to the #metoo and #BlackLivesMatter movements," they said in a statement.

Both attorneys say that this is not the first time the professor has sent pornographic images to a student and are asking other women to step up and join Hayes in the suit.