"Valentine’s Day a lot of people come here and eat," James Gaines said. "They make over a quarter million dollars just that weekend, and it’s 70 percent Blacks that they don’t want to see. Stop coming here, stop spending your money where they don’t want you."

Gaines, a former sous chef, is one of six employees who walked off the job over what he calls obnoxiously racist behavior from general manager Curtis Nordeen.

From joking about shoving watermelons down Black children’s throats, to segregated seating for Black and white customers dining in, to mocking Black customers.

"He would make jokes off of your last name, he would go check the reservation book, he would say ‘Oh we got a Jenkins coming in at 7:30, that’s CPT: colored people time. So they’ll be in at 8:30 probably smelling like weed," Gaines said.

"This is not just about making money, it is about making changes, and these are changes that need to be made and we’ve informed Eddie Merlot’s what the problems are," said Zach Runyon. "And they haven’t made the changes so I think the message speaks for itself."

Runyan is one of the attorneys representing Gaines in a lawsuit against the restaurant.

Activist Pastor Maurice Hardwick joined the protest outside the restaurant in support of Gaines, who says he and some of his former co-workers were fed up with Nordeen’s behavior and gave him an ultimatum last July.

"All we wanted him to do was do better by us. we stepped outside, we said, ‘do better, we’ll come back into work.’ he didn’t do better," Gaines said.

But Gaines says Nordeen refused and instead he offered those employees - two Black and four white, a raise if they came back to work. But Gaines says they refused to sell out and all of them quit. 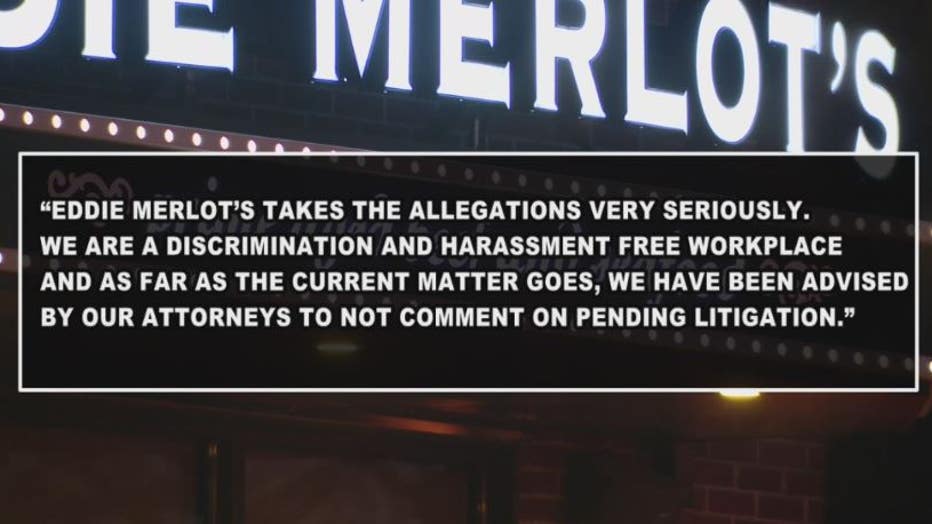 "They've got to do something about this guy," Gaines said. "Until Eddie Merlot’s does something about Curtis Nordeen, we’re not supporting it, we’re boycotting it. Not just this location, but all locations.

FOX 2 reached out to the restaurant for comment- they offered up this statement.

"Eddie Merlot’s takes the allegations very seriously. We are a discrimination and harassment-free workplace and as far as the current matter goes, we have been advised by our attorneys to not comment on pending litigation." 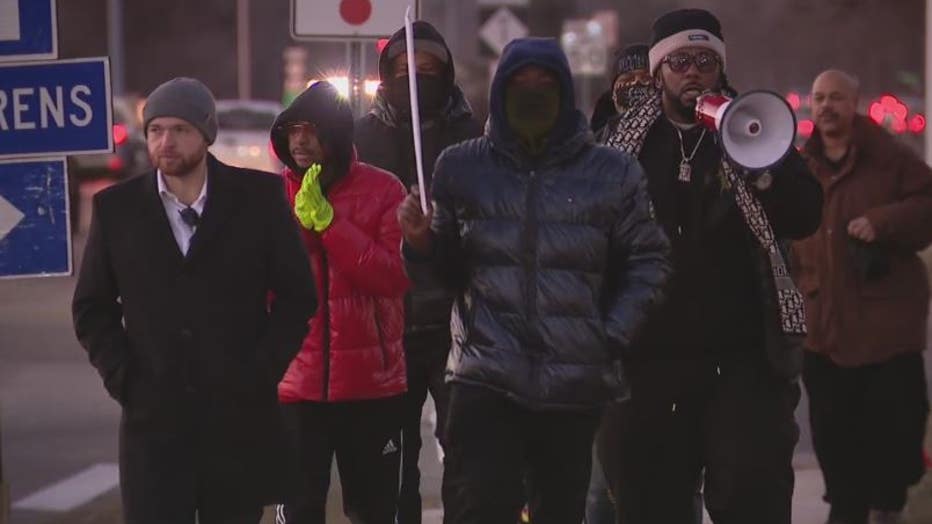