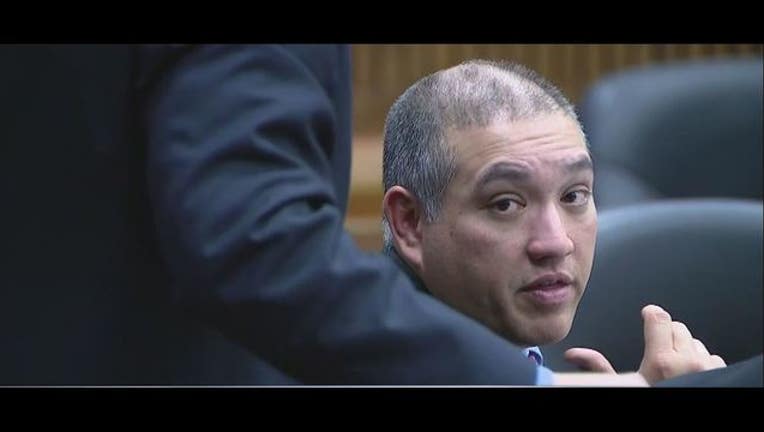 DETROIT (AP) - A former Michigan State Police trooper charged with murder in the death of a Detroit teen says he won't testify in his own defense.

Mark Bessner is on trial for the second time after a jury couldn't reach a unanimous verdict last fall. He testified at the first trial but told a judge Tuesday that he will remain silent this time. It's a major shift in strategy.

Damon Grimes was 15 years old in 2017 when he crashed an all-terrain vehicle and died after Bessner shot him with a Taser on a Detroit street.

Prosecutors say the Taser was unnecessary and created a high risk of danger. At the first trial, Bessner told jurors that he believed Grimes was armed . The teen had no gun.