Failed smash and grab leads to fire, damaging nearby businesses

A truck used in a smash and grab attempt at a Detroit grow operation caught fire and eventually caused severe damage to multiple downtown businesses.

DETROIT (FOX 2) - A failed smash and grab at a marijuana grow operation in Detroit led to a fire breaking out and damaging multiple properties Tuesday morning.

Detroit fire crews responded to the intersection of Oakfield and Seven Mile after the truck that was used to break open a building caught fire. Dozens of firefighters were on the scene after smoke could be seen billowing out of structure.

The smash and grab attempt happened at a business where marijuana is grown. After the effort failed, the suspects fled the scene on foot and are currently missing.

The truck's headlights were still illuminated when emergency crews arrived. They were spotted behind a half-closed garage door at the building. 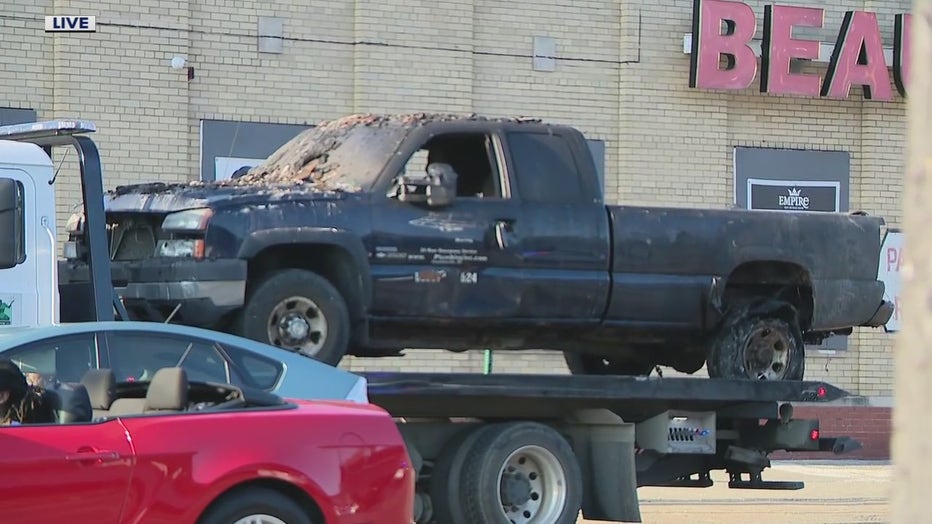 Truck used in failed smash and grab in Detroit

The incident left severe damage to the properties in the area. At least one business owner suffered after she was nearing the opening date for her own body sculpting business. But smoke from the fire damaged the building, delaying the start date.

READ NEXT: Suspect caught hiding in garbage can after crashing during police chase

The truck, which has since been removed was spotted on a tow truck three hours after officials first responded.

Police have not given an update regarding potential suspect descriptions. 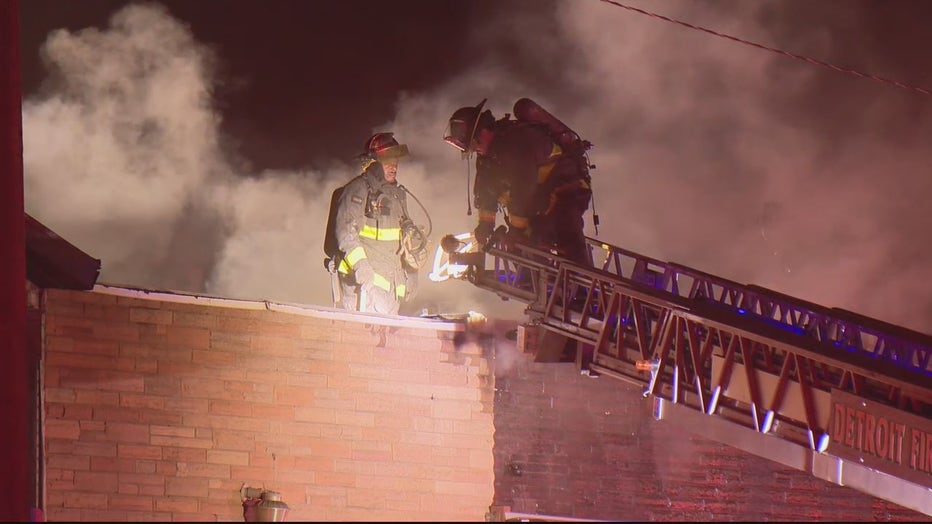 Firefighters respond to fire at Seven Mile and Oakfield.