Byron Johnson vanished two weeks ago. He didn't take any of his belongings, leaving his family concerned for his wellbeing.

SOUTHFIELD, Mich. (FOX 2) - It's been two weeks since 38-year-old Byron Johnson left the group home where he lives in Southfield.

Johnson walked away from the home near the Lodge Freeway and 9 Mile Road on Oct. 19. His family said he left with none of his belongings, and they are worried, describing the time since he disappeared as "a hellish two weeks."

He even missed his birthday.

"His birthday card, we passed it around the table. Everybody signed the greeting," his mother Norma Johnson said. 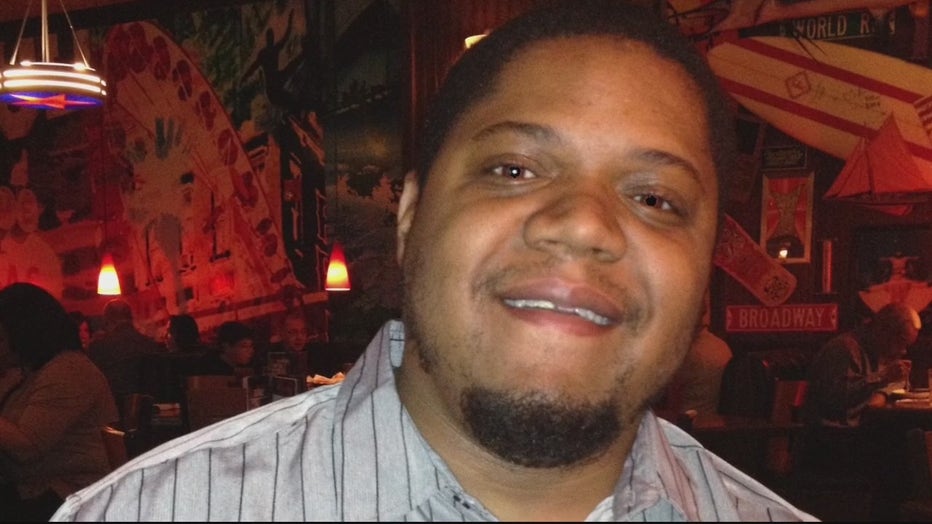 His family hopes that he ended up at a homeless shelter or a hospital, but they are also concerned because he does not have his ID. He also has schizophrenia and he may not know he's missing.

Johnson has lived in Lansing and Mount Pleasant and has family all over the country, but no one has seen him.

His family said they have checked morgues but he was not there, giving them hope he is alive.

"This is why we want as many eyeballs to see it as possible because it's going to take the community to make this reunification happen. It's going to take somebody seeing him," his brother Clayton Johnson said.

Johnson is 5 feet, 7 inches tall, and weighs 260 pounds. He has a cross tattoo on his shoulder. He was last seen wearing a gray shirt and gray sweatpants.