Robert Burnley his wife Sherra and their children were sleeping in their home when bullet holes pierced the walls.

RIVER ROUGE, Mich - Feet from where Robert Burnley, his wife Sherra and their newborn slept, bullet holes pierced the walls.

“They basically cut the room in half and we happen to sleep on the side of the room they didn't hit,” Robert Burnley said.

“All I heard was boom, boom, boom and I held the baby tighter and got close to him,” Sherra Everett said.

They've lived in their River Rouge home near Cora Street and Jefferson for 5 years. It was shot up around 1 a.m. Saturday, with five kids inside. 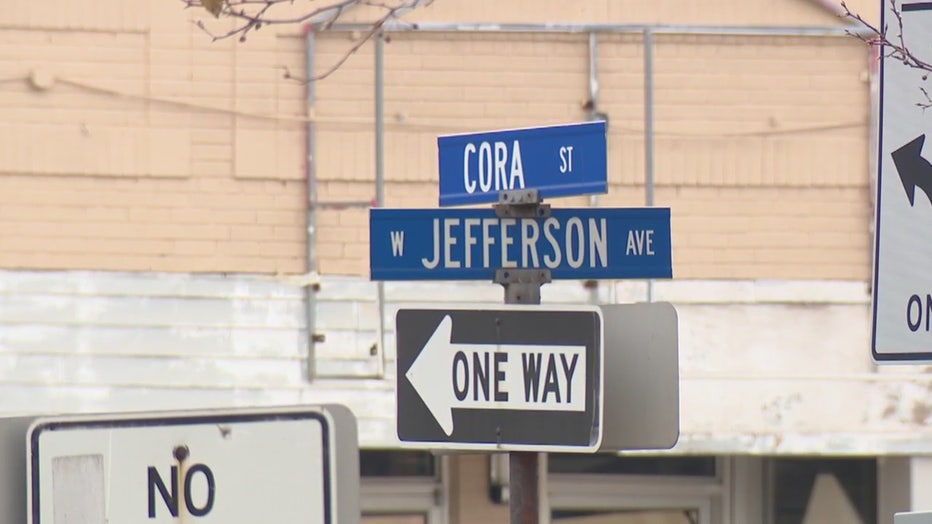 “I run upstairs, go through the girl's room and they're crawling out from under the bed,” Everett said.

“I was scared I was shaking I was panicking,” daughter Najai said.

The couple's 25-year-old cousin asleep on the couch in the living started screaming, he was shot in the neck.

No one else was hurt, this baby bib, pierced with a bullet hole shows what could have been.

The couple started packing almost immediately, they want to be gone before dark, in case the shooter or shooters come back, they don't know why they were targeted.

“Was it that serious? Why,” Everett asked.

The kids are even more confused.

Robert says several of the houses on his block look the same, he only can speculate the suspects were after the wrong house.

“Over the past few months some unsavory characters moved in the neighborhood and there has been incident after incident,” he said.

This entire trailer full of their things has been shredded by gunfire, their car, also totaled in this shooting, now Robert has no way to get to work.

“We just have to restart and rebuild we've done it before,” he said.

If you’d like to help get this family back on their feet, click here for the GoFundMe link.