DETROIT (FOX 2) - It was a long night for Cheryl Chambliss watching over her house because it’s deemed unsafe for entry.

"Me and my friend, we alternated watching the house all night," she said. "I have a U-Haul on standby so I can close my home up."

She was inside her home Tuesday afternoon when police say five teens in a car trying to get away from police crashed into her home.

She was inside her home Tuesday afternoon when police say five teens in a car trying to get away from police crashed into her home.

"The house shook. Everything on this side of the house, the glassware, fell off the walls," she said.

Police say the teens were a car that matched the description of a vehicle involved in a series of crimes over the summer.

Police are currently investigating 29 smash and grab robberies that it says the teens were connected to.

The crash killed two teens, the driver and a female passenger - Antonio Henley and Darshay Burrell. Both were 18. The three others in the car are in critical condition, pulled from the burning car by police.

"They used fire extinguishers, water hoses, tried to keep the house from catching on fire and got me to safety," said Chambliss.

Chief Craig says officers are familiar with the 18-year-old driver Antonio Henley, who was part of the DPD mentoring program.

"This young man. we know it's a tragedy," Craig said. "We just couldn't pull him away from what he was involved in."

In the aftermath of the crash, the extent of the damage is coming into focus.

"When they pulled the car away, the house shifted down," Chambliss said.

She said that because of two car accidents she was involved in over the summer, she lost her source of income and could not keep current on insurance payments.

A neighboring pastor set up a GoFundMe account to help her find a new place to call home. CLICK HERE to donate.

A thin red beam is the only thing holding up this end of the house after a car crashed into it. Until a building inspector can get out there and make sure it's structurally sound to enter, the family has no choice but to wait before getting all their belongings out and then deciding what to do next. 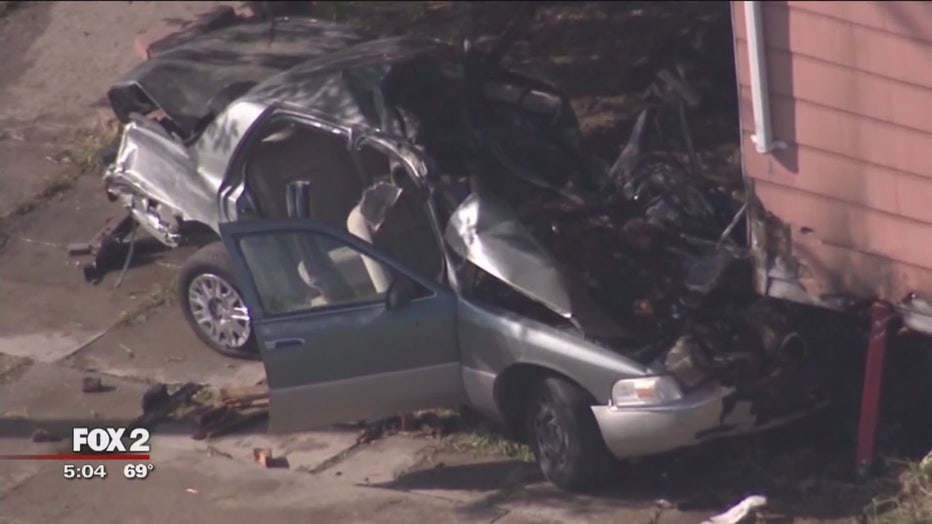