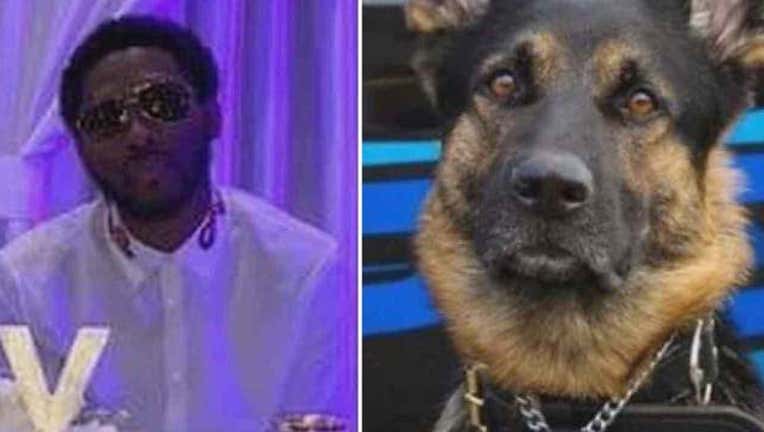 (FOX 2) - The family of a 29-year-old man fatally shot by police outside of his baby shower in St. Clair Shores has filed a $10 million wrongful death lawsuit.

The shooting happened on Nov. 3, 2018 outside Lakeland Manor Banquet Hall on Harper Avenue. Dozens of people were gathered there for a baby shower, in which Theoddeus Gray was the father-to-be.

Gray's family says he took his gun and went outside after someone made a threat against him. Police maintain when they were called to the situation that Gray ignored their demands to drop the gun. That's when a police dog named Axe started running after Gray -- and that Gray drew his gun and fired in the direction of the officers.

The police dog was also hit and killed, though it's unclear still at this time who shot the dog. The lawsuit filed on behalf of Gray's family says evidence suggests that Axe was killed by his own officers.

Wickersham said in November that this officers shot at Gray because he was shooting at them -- and that they weren't reacting because the dog had been shot, like many initially believed.

The deadly force against Gray was ruled justified, and Wickersham said the ballistics findings about whose bullets killed Axe wouldn't change that ruling.

The family's lawsuit alleges Gray surrendered to police and that he was unarmed at the time he was fatally shot. The family's attorney, A. Vince Colella, also says their office found several inconsistencies with the Macomb County Sheriff's investigation.

Colella confirmed that none of the officers directly involved in the shooting gave statements to the Sheriffs’ department. Colella also found it troubling that the results of Axe's necropsy were not fully disclosed or explained to the public.