Larry Green was sitting in his car in front of the C Note Lounge when he was shot and killed.

DETROIT (FOX 2) - 28-year-old Larry Green was shot and killed while sitting in his car on Detroit's east side in 2012. Ten years later, his family is seeking justice.

MORE: 24-year-old killed, two others shot while driving on Detroit's east side

"If it were their loved one, someone would come forward and speak up. They will never understand the pain that my family and I go through, Tiffany Green, Larry’s sister, said."

The shooting happened on Van Dyke near East 7 Mile, across the street from the C Note Lounge.

"He was actually coming from C-note. He was planning our birthday party, our birthday was in a few days. He was outside with the person he went to the lounge with waiting for him," said Green.

Green was sitting on the passenger’s side of an older model black Ford Crown Victoria when an unknown suspect approached on foot and opened fire into his vehicle. 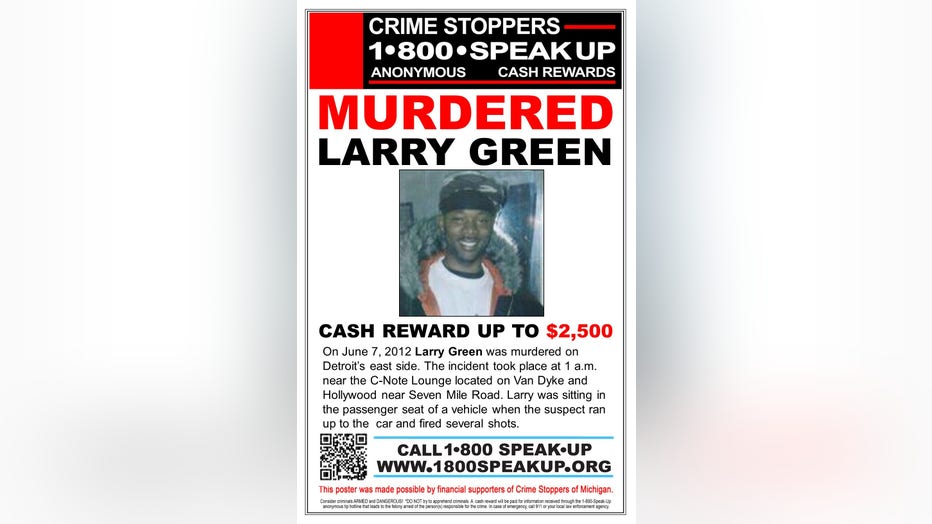