Teen suicide rates are continuing to rise. A grieving Farmington Hills family is sharing their story because they want to make a difference.

"This is a nightmare and I'm still waiting to wake up from my nightmare," Stacey Bean says.

As teen suicide rates continue to rise, a family shares their story of loss to make a difference

For the Beans, their son Ethan never exhibited any physical disability that would imply something was wrong. But his emotional struggles and hardships fitting in became too much, and in August of 2018, he took his life. Ethan's dad has written a book in his son's memory in an effort to help elementary kids learn more about inclusion.

That nightmare started in August of 2018 when 17-year-old Ethan Bean took his life. He's described as a beautiful, creative boy who loved trains and music. But he also faced crippling social struggles. His family says at Farmington North High School he ate lunch alone.

"He had every label you could think of and just put them all together, the bottom line is, he was just different," Stacey said. "Because there wasn't a physical disability you could see, it was all emotional. So people would just think that he should just be normal, typical, but he wasn't."

"He didn't have a lot of friends," his dad Erik Bean says.

Life was a constant struggle for him to fit in so eventually, tragically, Ethan found a way out.

"We were shocked," Stacey says.

Now the Bean family finds grieving after suicide not just painful, but lonely. People are uncomfortable with parents and siblings like Ethan's 21-year-old sister Blair are often the forgotten mourners, their grief invisible and overwhelming to their friends. 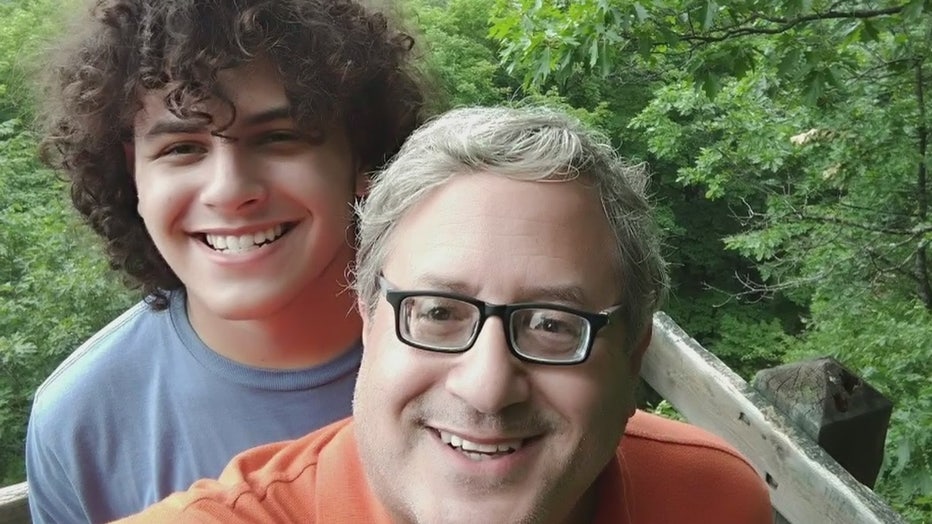 "It's very isolating," Blair says. "You don't - I have a lot of people from my childhood that we grew up together and they haven't reached out or said anything to me and that's heartbreaking."

Bringing some brightness to dark days is a book co-written by Erik in Ethan's memory, "Ethan's Healthy Mind Express." It's meant for elementary kids to learn about inclusion when it comes to children who look and act different.

"This book that we wrote helps children understand these feelings are coming from more than one place so that one of our friends feels a certain way we should listen and try to do the best that we can to help," Erik says.

With clever rhymes and engaging illustrations, the book brings a train ride and a message to life.

"The train is about having everybody come on board and we need to understand and to acknowledge people's, children's feelings."

The Beans know that the world didn't get their son, and maybe he didn't have the ability to connect with others.

"There was just nobody really that 'got; him. I didn't get him and he was my baby," Stacey says.

But through this book, they believe Ethan is finally telling his story and maybe he can change life for another child who just doesn't fit in.

"Ethan's Healthy Mind Express" will be available on Amazon on Saturday.