The straw purchases nickname from the ATF comes, because the crime happens so often. Each suspect is facing 10 years in prison and $250,000 in fines.

The owner of Action Impact Firearms is familiar with this activity as well.

"Someone who is purchasing a firearm for another person, who can’t lawfully buy one," said William Cusik. "When I hear about stolen credit cards, I think there are some guns that are going to be purchased."

On Tuesday, 10 people from metro Detroit were charged in connection with straw purchasing.

According to the ATF, three ring leaders would find stolen credit card info online - and use that information to buy guns. They would then send seven accomplices into the store to pick up the guns using fake IDs.

"And the whole key to its success is, whoever they are buying it from, doesn’t discover the credit card is stolen for several days," Cusik said.

According to the ATF, from November 2020 to March of this year, this group of 10 people did this 40 separate times.

"If you have obtained a firearm illegally, I think there is a 100 percent chance you are going to do something illegal with it," said Cusik.

So what is being done to stop this activity? A lot falls on the firearms dealers themselves.

"Now we put that information under scrutiny," he said. "So we go online and try to confirm the information of the purchaser and even find a photo of them so whoever comes in we can look at the pic and see if it’s him."

Working hand in hand with the ATF, investigations lead to arrests, but it all takes time - and requires patience for law-abiding citizens. 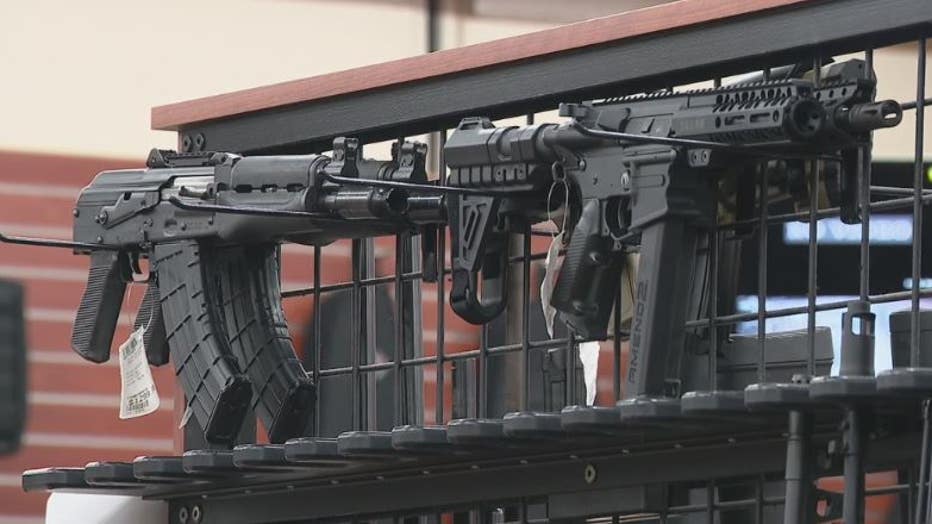 "So if you are looking to buy a firearm understand you are going to come under scrutiny and I think it’s what you to happen," Cusik said. "I certainly want retailers to do the right thing and they do."

Another factor working in the criminals' favor, the owner of Action Impact Firearms says the fake IDs that are being used today are very hard to spot.
He said as a response, those working at the gun stores require extra training to be able to spot a fake.