A Ferndale man is being held without bond and his girlfriend has a $1 million bond after authorities said she helped him after he kidnapped a 16-year-old girl this week from a gas station and sexually assaulted her over several hours.

FERNDALE, Mich. - A Ferndale man is facing more than a dozen charges including torture and criminal sexual assault after he kidnapped a teen victim at gunpoint and abducted her, law enforcement officials said Friday. A female suspect has also been charged with aiding and abetting the kidnapping.

The victim, a 16-year-old female and resident of the city of Ferndale, is safe with her family two days after the assault took place, police chief Dennis Emmi said, who classified the abduction as a "crime of opportunity."

"This case, it is random, incredibly rare, and it's scary," Emmi said. "That's why we're relieved to tell you they're (the suspects) are in custody."

Emmi credited the victim's friends and family for assisting the local police department and the FBI in quickly reporting the teen's disappearance, attributing their actions to the department's ability to locate the victim.

The victim was at a gas station on Eight Mile Road near Pinecrest filling up her car between classes when she was approached by the male suspect, identified as a 44-year-old Black subject. According to police, she was forced into her car at gunpoint.

The girl was abducted around 11 a.m. as she was getting gas in her car.

During a court hearing on Friday, authorities identified the suspects as Kahlil Floyd and Jessica Quick. According to investigators, Floyd was inside the gas station and tried to talk to the victim but she ignored him.

Authorities said Floyd admitted during a police interview that he then got a gun from his car and forced her into her car at gunpoint and made her drive to a home on Grayson Street in Ferndale.

The girl tried to escape as Floyd spoke with Quick but he caught up to her and then took her into a shed on the property, he told police. He also admitted to restraining her, and putting something over her mouth before he sexually assaulted her.

As he was in the shed, Quick was returning the victim's car to the gas station.

Police said a friend of the girl noticed she was missing and contacted the girl's mother. She then tracked her daughter's phone to an intersection in Ferndale and when she arrived, she found two people - later identified as Floyd and Quick - in her daughter's car. She confronted the two and Floyd robbed her at gunpoint, taking her phone and keys before they both left the area.

Her mother found someone nearby and used their phone to call 911.

After leaving the robbery of the girl's mother, police said Floyd admitted to going back to the house and getting the girl and forcing her into the car and driving her to an apartment in Farmington Hills. Police said he forced her to smoke marijuana, and sexually assaulted her. Several hours later, he was driving her back to Ferndale but Quick called and said that police were in the area and told him not to come back.

During the drive between Farmington Hills and Ferndale, the girl was able to escape. By that point, police were following the car and arrested Floyd without incident. Police said he admitted to everything in a post-Miranda interview.

The suspects were arraigned in Oakland County district court on Friday. Emmi said the suspects faced "substantial sentences" for the crimes:

The victim was described as a member of a "long-term Ferndale family" and a student at Ferndale High School. She was on her way to CASA, a consortium school in Oak Park when she was abducted.

Quick's bond was set at $1 million.

Floyd was ordered held without bond as the judge ruled that he believed he would violate bond. He also said that the presumption of Floyd's guilt was "great." 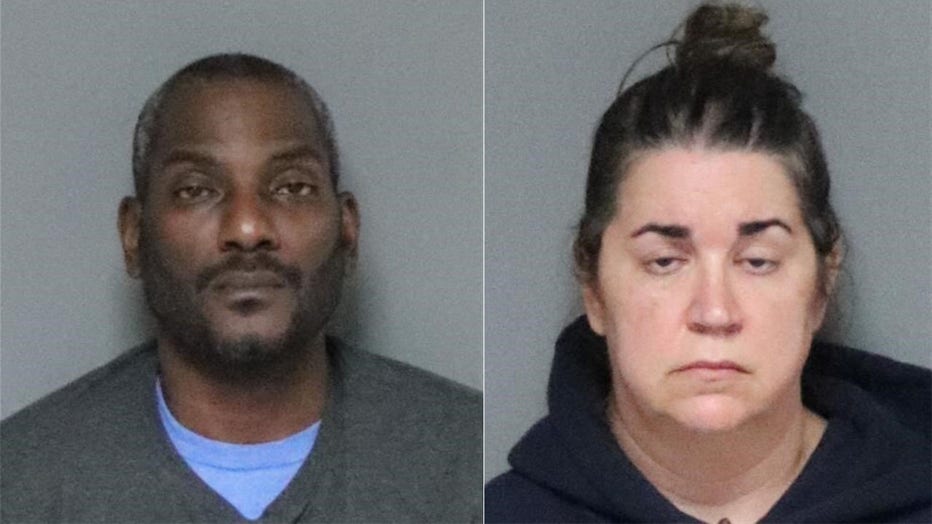 Kahlil Floyd and Jessica Quick are facing multiple felony charges after authorities said Floyd abducted a 16-year-old girl at a gas station and sexually assaulted her multiple times and Quick helped him do it.