Federal, state, and local law enforcement entered a home on Greenview Street with guns drawn. The police could be seen handcuffing one woman and removing several objects from the house.

Officers, including members of Michigan State Police and the FBI were spotted loading people onto school buses and entering a home near 7 Mile and Greenview.

The scene was unfolding a little after 7 a.m. as officers were surrounding the home, located at 18785 Greenview.

In addition to state and federal police, Detroit police were also at the house. They entered the house guns drawn and eventually brought a woman out of the home. Footage showed them handcuffing her.

Officers who spoke with FOX 2 said the raid was part of an FBI investigation and that they were executing a search warrant on the home. 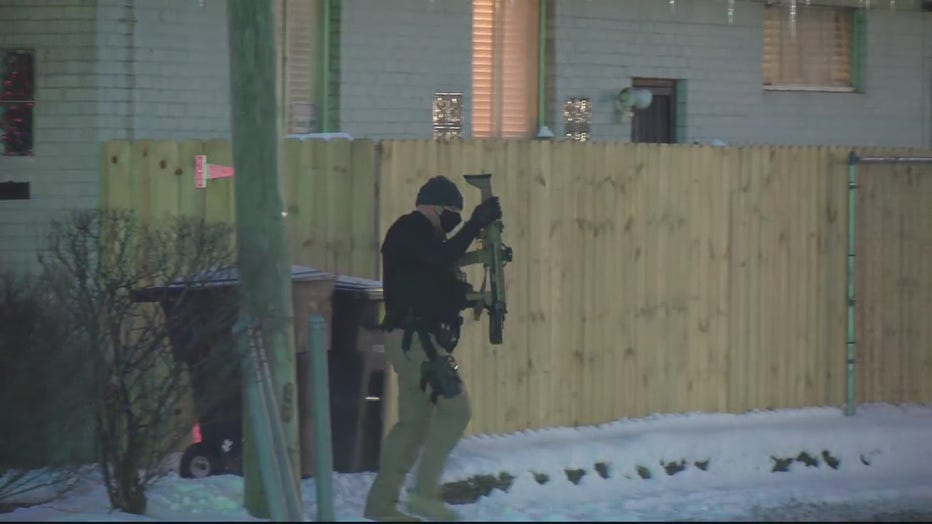 Police could be seen extracting several objects from homes, including large firearms at one point. They also confirmed they took two people, the woman and a man in for questioning.

However, an officer didn't expect those two would be arrested.

The entire raid took about 10 minutes.