Dumping in Detroit has been a long running problem - and one resident and small business owner has had enough.

DETROIT (FOX 2) - Dumping in Detroit has been a long-running problem - and one resident and small business owner has had enough.

"You can't go across Eight Mile and dump, so don’t come over here in our neighborhood and dump," said Deon Allen.

It’s simple calculus for Allen who claims these guys have been illegally dumping in the foundations of burned-out houses on Hamburg just north of E. McNichols for the past few weeks.

"They get the dumpsters full as they rent them out, and at nighttime, they back up over to these holes where there were two, huge basement holes, and they throw all their trash in the holes," he said.

"I've got a business to run and I see rats running through because of this here," he said.

He called Detroit police when he spotted Alex Olgate of Champion Dumpster at the lots behind his shop Thursday.

"I was under the impression that this was all the owner of this land's land," said Olgate. "Because we were told to push it that way so we could have this land open because like I said, it was all forest, all garbage all kinds of stuff here." 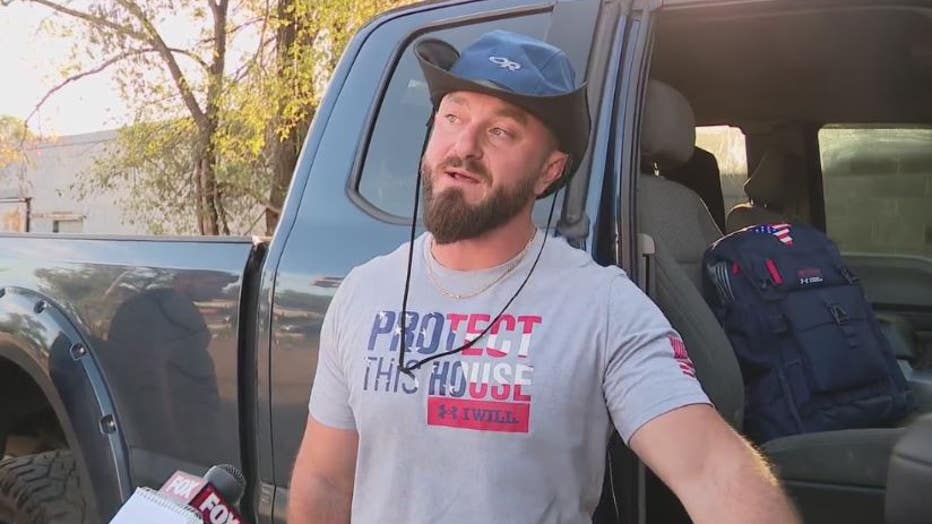 Olgate says he had an agreement with the owner,  Mohamed Alsinai, to clear it out.

But Alsinai says he never hired Olgate there was no such agreement in place.

"I did not know that the owner of the land did not own that land," Olgate said. "It was not my intention to do wrong."

FOX 2: "Did you think you were illegally dumping?"

Right onto the Landbank’s property, it owns these lots. The two burned-out houses there are currently in demolition review.

Olgate says he plans to clean up the trash he pushed there. 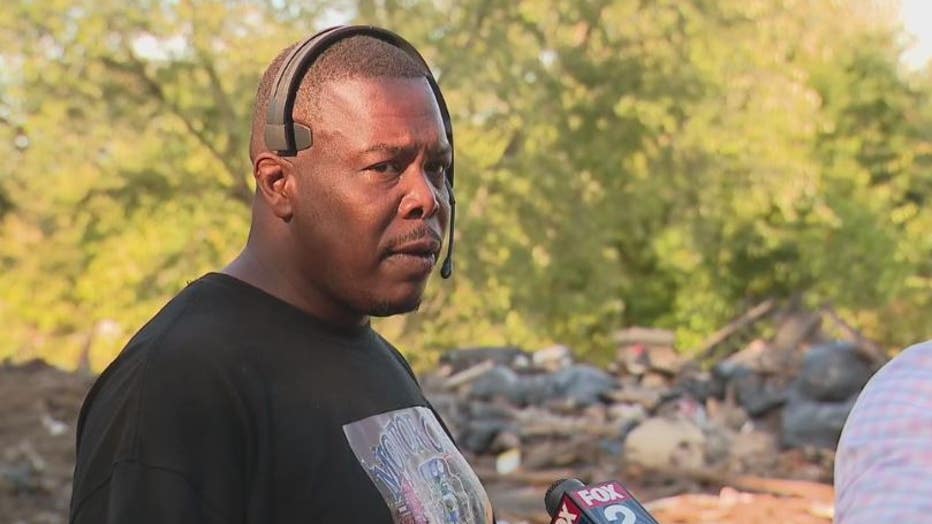 "What we’re hearing is that in the dark of night, this illegal activity is going on," said Second Deputy Chief Rudy Harper, DPD. "And as you can see in the surrounding area, it’s kind of cloaked by tall trees and bushes. We’re happy that residents here saw something and called us and we’re able to respond."

Officers will return to review surveillance recordings in the area. The Land Bank says it does not allow any dumping on their properties.

For locations that take trash, see below: