DETROIT (FOX 2) - Could FEMA be considering Ford Field in Detroit as a regional mass vaccination center?  That is the plan according to one Wayne County Commissioner who tells us we should learn more details about what will be happening as early as Tuesday.

Ford Field could be regional vaccination hub for FEMA

All across the country efforts are being made to make sure large cities like Detroit are equipped to handle a massive vaccination effort as soon as thousands of doses become available. Wayne County Commissioner Ray Bashem says Ford Field could be part of the solution.

All across the country efforts are being made to make sure large cities like Detroit are equipped to handle a massive COVID-19 vaccination effort as soon as thousands of doses become available.

Just last week the Federal Emergency Management Agency sent a team to Michigan to look at ways of effectively expanding the vaccination program.  There was a particular interest in using the home of the Lions as a venue for large-scale operations.

"I know that FEMA was in Wayne County touring Ford Field, I know that this is going on around the state and country so we should be encouraged by it," he said.

But Basham urges people to continue to have patience with the distribution of the vaccine.

"Just a matter of them continuing to roll out and inform us so we can inform other people," he said.

According to the state of Michigan, more than 2.4 million vaccines from Moderna and Pfizer have been distributed as of Monday. 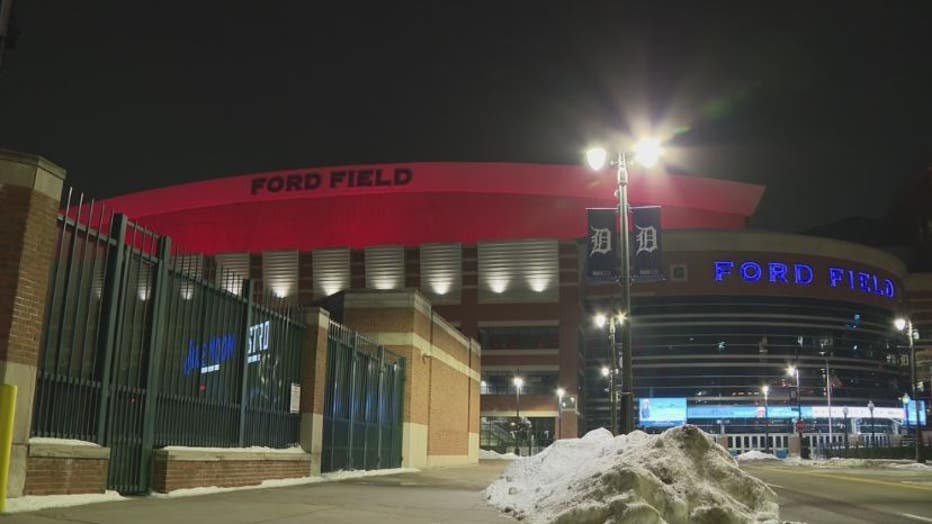 If and when Ford Field is accessible, it's being estimated the venue will have the capacity to put thousands of shots in arms a day at a very efficient rate.  Of course it all comes down to vaccine availability as to when we will see this plan in action.

In Wayne County, Basham says there is a meeting with elected officials throughout the county tomorrow morning - and he is hoping more details will be released at that time.