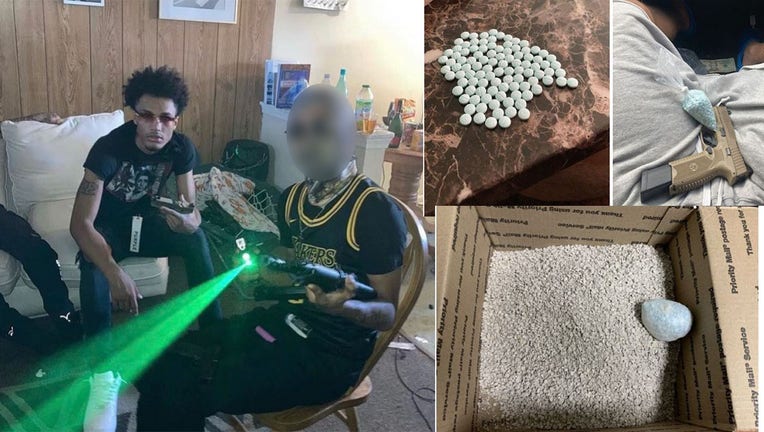 ROMULUS, Mich. (FOX 2) - The United States Postal Inspection Service (USPIS) said a man in Romulus has been charged after he was connected to a package that was disguised as cat litter but contained 110 grams of fentanyl.

The investigation started on Aug. 19, 2021 when a USPS investigator pulled a large flat rate box with priority labeling that was being sent to a Jacob Dupree in Romulus and came from a Shannon Burkhead in Scottsdale, Arizona.

The package was mailed on Aug. 18 and weight about 5 pounds. It cost almost $73 in postage and fees for the priority package to be shipped. According to the federal investigation, there is no Shannon Burkhead at the Arizona address, nor is there a Jacob Dupree at the Romulus address.

A K-9 was used to sniff the package and detected something illegal was inside. A search warrant was obtained and officials said they found kitty litter and a plastic wrapped bag of blue pills, later determined to be 110 grams of fentanyl. 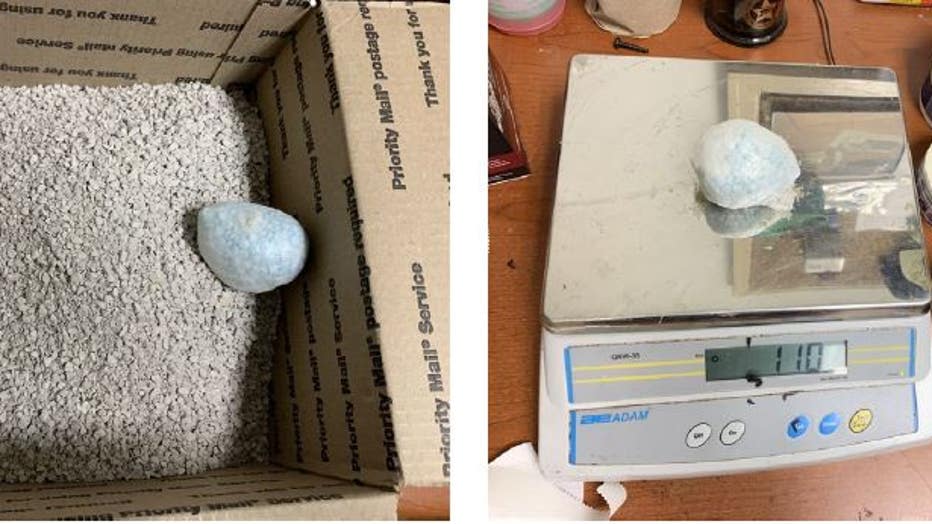 The pills had M and 30 printed on them, which are commercially sold as oxycodone hydrochloride. However, authorities said many drug traffickers sell fentanyl pills which are disguised as prescription pills and believed this to be the case with these pills. This was later confirmed at a USPIS forensics lab.

Authorities said someone who identified himself as Jacob Dupress contacted the USPS about the package and asked about the delivery status. He chatted with the USPS with his phone and confirmed the destination address in Romulus.

He said the package was his and it contained "premium cat litter".

Additionally, the package was tracked on the USPS website and led back to an IP address registered to a Wallace Dupree in Romulus.

The phone number used to track the package and contact USPS was connected to Dazzman Dupree.

Two months later, on Oct. 21, 2021, Dazzman Dupree was involved in a shooting and car crash in Garden City, feds say.

This happened near Middlebelt and Marquette when authorities were called to a report of shots fired. Police found three gunshot holes in the driver's side of a Buick LeSabre and said a silver Ford Escape had crashed into a utility pole and had a bullet hole in the back passenger door.

In the front seat of the Escape was a .556 extended rifle magazine, a box of .40 caliber ammunition, and clear baggies with a large number of round blue pills marked with an M and 30.

There was also a digital scale and $770 in cash in the car.

A witness took cell phone pictures as suspects ran off and got into a gray Ford Focus which witnesses were able to get a partial plate.

At a nearby gas station, officers found the Focus and Dupree was sitting in the backseat. Officers ordered everyone out but Dupree refused to show his hands. Instead, police said he reached to the back of his seat and had to b pulled from the car.

The driver of the Focus said Dupree called him, looking for a ride. He said Dupree put something in the trunk, which police said was a Smith & Wesson MP9 Shield handgun, loaded with one in the chamber. The handgun had been reported stolen out of Washtenaw County Sheriff’s Office in January 2020.

Two days later, police were called by a citizen who said they found a multicolored backpack on the side of the house. In the bag was a loaded tan 9mm, two bags of marijuana, and a sandwich baggie with 94 round yellow pills imprinted with "T-189," typically sold as oxycodone.

The tan 9mm was registered to Wallace Dupree at the same address where the package of kitty litter and fentanyl was shipped.

Police interviewed Dazzman after he waived his Miranda Rights. He said he didn't know anything about the pills and gun in the Focus, but the pills in the Escape were his.

Authorities investigated his cell phones, one of which was the one used to contact the USPS regarding the package in August. There are also messages authorities said were consisted with drug trafficking:

The phones also had pictures of  guns and drugs packaged for distribution. Many of these were either sent to customers were posted online, police say. 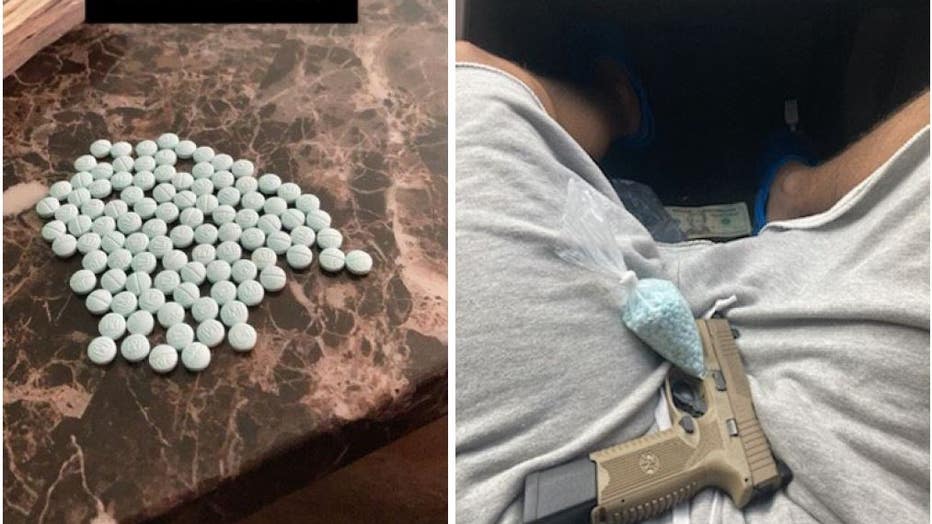 Dazzman was also in a picture, posing with another person and both were holding guns. The weapon Dazzman was holding was the tan 9mm recovered from the bag, authorities said.

Based on the information above, authorities filed a probable cause and are charging Dazzman with conspiracy to possess with intent to distribute fentanyl, possessing firearms in furtherance of drug trafficking; and mailing injurious articles 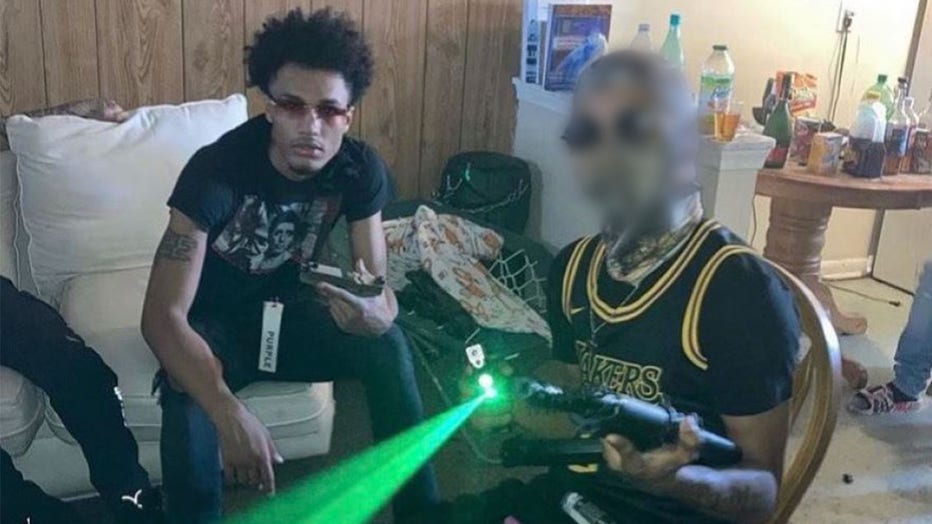