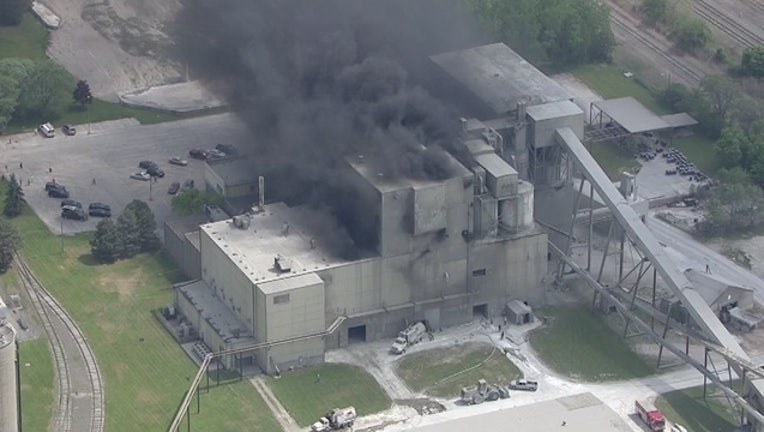 The Detroit Fire Department is trying to put out a fire at a cement plant on the southwest side of Detroit near Zug Island.

A conveyer belt caught fire around 11:30 Thursday morning in the St. Mary's Cement company. The plant is just off I-75 near railroad tracks.

According to first responders to the scene, fire crews could not tap into the fire hydrants for water because they were not usable. Crews requested tanker trucks to the scene.

Fire officials say there are no injuries and they are working on evacuating the plant.

Skyfox is on the scene. Watch it live in the video player below. APP users, tap here to watch.

FOX 2 news has a crew on the way to the scene. We'll bring you more information as we get it into our newsroom.