GROSSE ILE, Mich. - Strapping on 75 pounds of gear, teams of firefighters will storm more than a thousand steps Sunday at the One Woodward building.

Featuring 250 first responders representing 50 different departments, those making the climb will feel the pain - but it's a climb they're well acquainted with.

"Climbing the stairs going back to 9/11. Every firefighter is passionate about climbing stairs in memory of those who've fallen. We lost brothers that day and we climb every day for them," said Lenny Pusdesris, of the Grosse Ile Fire Department.

To honor the former Fox 2 Anchor Ron Savage, one firefighter from Grosse Ile will wear his number while climbing 1,000 steps at the One Woodward building in downtown Detroit. The event is put on by the American Lung Association, which will be hosting the 2020 Fight for Air Climb

Every year, the American Lung Association puts on the Fight For Air Climb in many of the country's most iconic skyscrapers. The goal is to fundraise and support those with lung-related illnesses.

"This year for example, 8,000 people will be diagnosed with lung cancer. Especially in southwest Detroit with the auto industry, the steel mills, people are impacted. In our Fire Dept lives we deal with those people all the time. And it's just horrible to see," Pusdesris said. "So by treating them, you get an understanding and then you get passion about trying to fix it."

The hundreds of committed stair climbers have even inspired residents to do the climb as well. Dawn Dubnicka, an administration official from the township's public safety department will also be climbing.

"I was listening to his story and I was inspired to do it. And I asked if there was any way I could do it with you guys? So I decided to climb with them," she said.

She'll be among the hundreds climbing stairs in the Ally building March 1.

For Pusdesris, he's dedicating his climb to someone close to the firefighter, and FOX 2 community. He'll be wearing the number of Ron Savage, the former news anchor and volunteer firefighter who died three years ago during a training exercise. 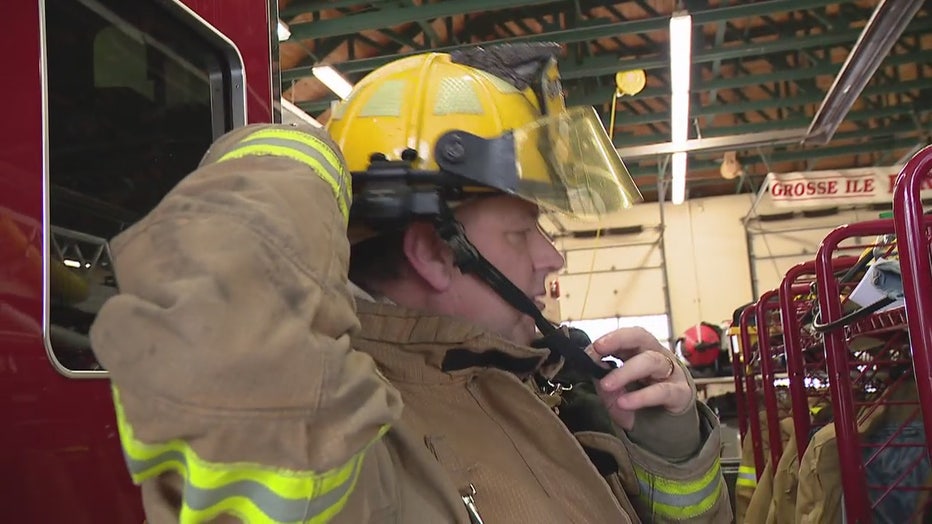 So what message does he have for Savage's wife and son?

"Besides crying? An absolute honor. He was an amazing man. I just seen him through TV and I could not be more proud to carry his number," he said.