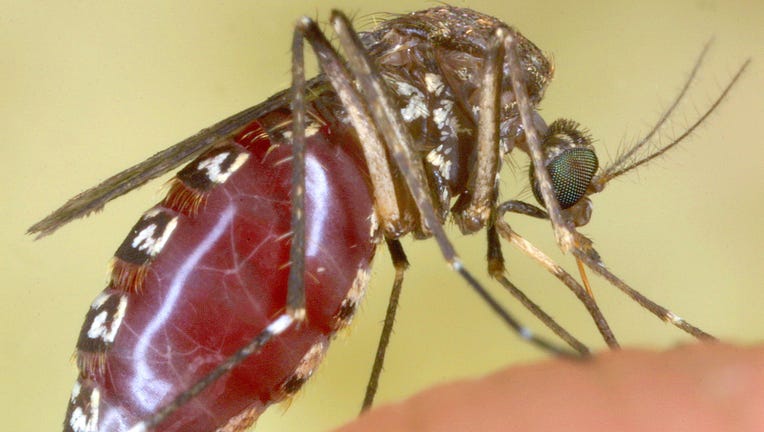 LANSING, Mich. - The first case of West Nile virus has been reported in northern Metro Detroit after samples tested by the health department were confirmed in Oakland and Macomb counties.

West Nile Virus, a mosquito-borne illness that can be transmitted to humans after it has been picked up by an infected bird.

The disease doesn't normally cause serious side effects but can create neurological complications.

"As we head into the holiday weekend and beyond, we urge Michiganders to take precautions such as using insect repellant and wearing long-sleeve shirts and long pants when outdoors during those time periods.," said Dr. Joneigh Khaldun.

Officials with the Michigan Department of Health and Human Services are asking people to be wary of mosquitoes during peak hours of dusk and dawn.

In the past week, mosquitoes that were confirmed to be carrying WNV or the Jamestown Canyon Virus were collected in Detroit as well as in counties that include Bay, Kent, Macomb, Oakland, and Wayne.

The first WNV case was reported in a horse on Aug. 10 in Midland County.

The positive test comes after Eastern Equine Encephalitis, a virus commonly associated with horses, was confirmed for the first time this year in Livingston County last week.

The end of August and the beginning of September are typically when residents are most at risk for mosquito-borne illnesses.

WNV comes from birds, which, if infected, can transmit the disease to mosquitoes which then can carry it to humans.

Most who do contract it won't show any symptoms. But some will become ill between three and 15 days after being bit. If they do show symptoms, it'll likely be:

To date, 22 mosquito samples, eight birds, one squirrel and one horse have tested positive for WNV.