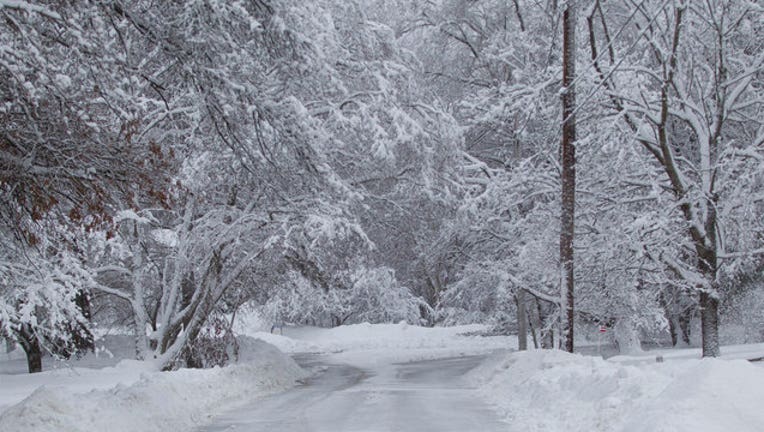 Heavy wet snow covers trees during a snow storm February 13, 2017 in Lynnfield, Massachusetts. Another winter storm has brought heavy snow and wind to the region. (Photo by Scott Eisen/Getty Images)

(WJBK) - Snow on the way, court proceedings begin for an alleged O'Rielly Auto Parts killer, a veteran gets the help he needs after losing everything in a fire - Thursday's Top 5 stories from FOX 2 News.

Is it summer yet? Friday is going to be a doozy. There's a winter storm watch already in place until 7 p.m. Friday. The storm starts around midnight and won't end until Saturday morning around 3 a.m.

Addicted to pills. Walking the streets of southwest Detroit. A photo on Backpage.com. Heroin  taking over her life. The father of 28-year-old Angela Nielson's children tells FOX 2 about the life of the young mother after she was found dead stuffed in the trunk of a burning car last week.

Two Livingston County hockey teammates killed in a car crash when the driver lost control, hitting a tree, rolling over and hitting a second tree.

4. Dad who lunged at Nassar will donate funds to charity

The man who lunged at convicted sex abuser Larry Nassar after asking for a few minutes alone in a room with him says if you donated to a defense fund set up for him, he's returning the money or donating to charity.

"At the time of the incident, I didn't know that the great brotherhood had done this, and I was overcome with gratitude when I found out. I appreciate everyone stepping up to support me, but help is not needed for me. After giving people the chance to get a refund, the donations will go to organizations that help the sisterhood of survivors and other victims of abuse." - Randy Margraves

A witness described seeing the woman accused of killing an O'Reilly's manager last fall. It's a legal step in the path to justice for the 69-year-old manager of an O'Rielly Auto Parts store who was killed by two female robbers. Witnesses testified in court at the alleged shooter's preliminary hearing.