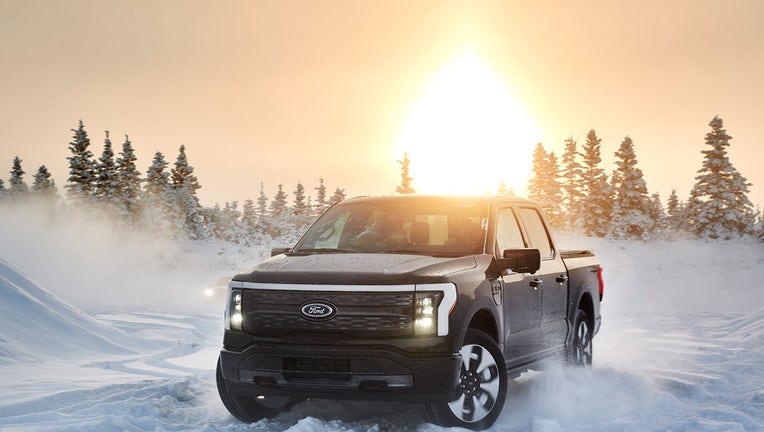 If the lightning bolts that accompanied the post didn't indicate the obvious, the image beneath certainly did: "F-150 Lightning Strikes."

The reveal of one of Ford's biggest electric vehicle announcements in its EV history will arrive on April 26.

The added link takes viewers to a countdown to launch the F-150 Lightning, an all-electric pickup truck and the company's best-selling model.

While electric vehicles still make up a tiny percentage of cars sold in the U.S., many experts believe it's the production of well-known models like Ford's pickup truck that will be necessary if battery-powered cars are to gain traction in the market.

It's likely a reason that President Joe Biden was so excited when he took the new truck for a spin.

"This sucker's quick," he said during the test drive.

In addition to the reveal date, the prices of the models were also listed on Ford's website: