By the end of the decade, Ford says close to half of its global sales will be battery-electric vehicles and is spending billions to invest in the technology and the batteries that power them.

DETROIT (FOX 2) - In the next nine years, Ford will add billions of dollars to its electric vehicles and expects 40% of its global sales to be battery-electric vehicles by the end of the decade.

Ford announced on Wednesday that it's adding about $8 billion to its EV development spending from this year to 2025. That brings the total spend to nearly $20 billion as Ford begins to develop and build batteries in a joint venture with SK Innovation of South Korea.

Ford Vice President and Controller Cathy O’Callaghan said this will be an investment into what people know best about the company.

"What we’re doing is that we’re electrifying at scale some of our most popular and iconic products," she said.

Ford has been making a big bet on the future of automobiles over the past few years. Earlier in the year, Ford launched the Mustang Mach E. The company says more than 70% percent of those customers had never bought a Ford vehicle.

"We’re really excited about this,  we have a lot of opportunity in front of us and I think our customers are going to love our products," O'Callaghan said. "We’re already profitable on the Mustang Mach E, for example, like any other technology, we expect the cost to drop over time. Our ultimate goal is to have better returns on these vehicles than we do today with ICE (internal combustion engine) vehicles when you consider the whole of the eco-system - including collected services surrounding these vehicles. That’s our ultimate goal."

Ford is also planning to launch an electric version of the transit and, after last week's unveiling of the F-150 Lightning, the company has more than 70,000 reservations.

"That is basically the electric version of the world's most popular truck," O'Callaghan said.

Ford announced two new electric vehicle platforms to handle pickup trucks, commercial vehicles, and SUVs such as the Ford Explorer. It also said smaller vehicles in Europe would be built on underpinnings from Ford partner Volkswagen. But company executives wouldn’t give details about when the new electric vehicles will go on sale.

To date, Ford's electric vehicles account for just 1.2% of all vehicles through the end of April.

"We estimate that by 2030, 40% of our global vehicle production is going to be all-electric. This consumer trend is happening fast and we can see it developing, really, before our eyes," O'Callaghan said.

All told, Ford is betting big by investing more than $30 billion into electric vehicles by 2025.

Ford is also investing in battery technology and getting the company in a position to better design, engineer, and manufacture its own batteries. 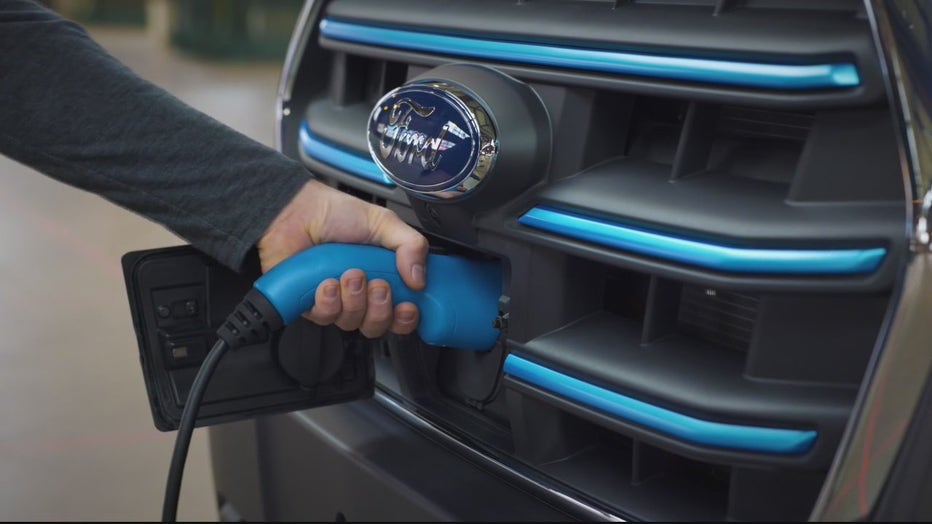 Ford is investing billions in a bet on electric vehicles over the next ten years.