Former Detroit Mayor Kwame Kilpatrick was reunited with family Wednesday night after being released from prison.

FOX 2 - A federal Bureau of Prisons spokesman tells The Associated Press that former Detroit Mayor Kwame Kilpatrick has been released from prison after President Donald Trump commuted his sentence.

Kilpatrick has served more than seven years of a 28-year prison sentence for a series of federal corruption crimes. A public video posted to the Facebook account of Kilpatrick relative Ajene Cheeks Evans shows a newly freed Kwame Kilpatrick greeted by loved ones at an airport.

Kilpatrick is said to be staying with family in Georgia, after his Louisiana prison release.

The announcement came in a flurry of clemency action in the final hours of Trump's White House term. Kilpatrick's sentence was commuted, or reduced, but his 24 felony convictions still will stand. In 2013, Kilpatrick was convicted of racketeering conspiracy, fraud, extortion and tax crimes.

The government called it the "Kilpatrick enterprise," a scheme to shake down contractors and reward allies. Kilpatrick's allies said a 28-year prison term was extreme.

The U.S. Attorney for the Eastern District of Michigan pulled no punches in speaking of his disappointment for the release of the ex-mayor. 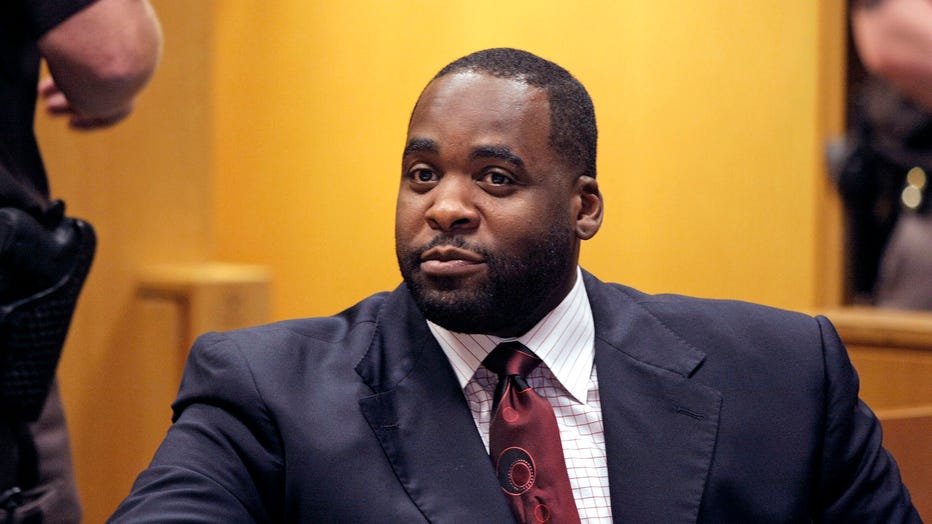 "My position on the disgraced former Mayor of Detroit has not changed," Matthew Schneider said in a statement. "Kwame Kilpatrick has earned every day he served in federal prison for the horrible crimes he committed against the People of Detroit.  He is a notorious and unrepentant criminal.  He remains convicted of 24 felonies.

"Kilpatrick has served only one-quarter of the sentence that was very appropriately imposed.  Thankfully, under Michigan law, he cannot hold state or local public office for 20 years after his conviction."