FOX 2 - It was at John Glenn High School where he earned the nickname "Devyn Strong" raising money for cancer only to battle the disease himself.

It was a battle he lost on Sunday, dying at the age of 19. But as we found out, he taught others how to fight as well.

On Sunday Devyn Chatman lost his battle with cancer at 19

"Put some pictures together of your Uncle Dev," said Tina Mike, Devyn's mom.

It was January, 2018, the first time cancer tried to take Devyn Chatman

We first introduced you to Devyn in February of 2018 when he had a cancerous tumor in his jaw. His mother was doing whatever she can to help him.

"You've got to imagine how hard it was watching your son struggle and suffer and be in pain and there is like nothing you can do," his mother said.

His classmates at John Glenn in Westland started the Devyn Strong campaign to help pay for treatments.

"I quit my job when he first got sick so I'm trying to raise the money," his mother said at the time.

Devyn spent an entire year alternating between surgery, chemotherapy and radiation. He mixed in milestones like prom and a graduation - all with that signature smile.

"Like a superman, he would just breeze through everything," his mother said.

And like a super hero he beat cancer - until April of this year when it came back.

"The same one only in different places. and they didn't have a cure for it," Tina said.

A tumor left his arm paralyzed. 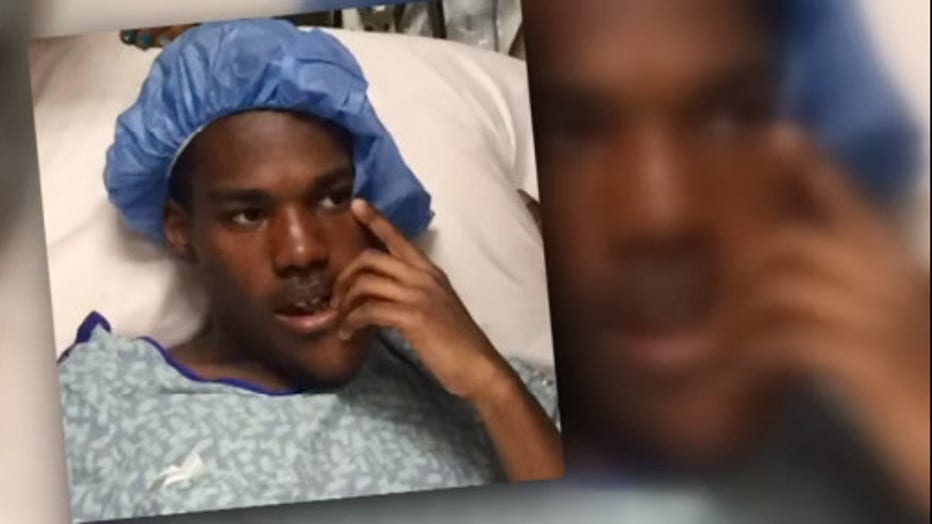 "We tried radiation that shrunk the tumor down enough, so I could get him in physical therapy and his arm started working again," his mother said. "And then a tumor in his back paralyzed his legs."

Two more tumors behind his eyes. Ultimately too much to overcome. Devyn lost his battle Sunday at home surrounded by loved ones.

"He was very strong. He went through a long two years and fought like a champ," Tina said.

All the money raised was spent in this fight leaving none for a funeral or burial.

His mom says the fight was not in vain.

"If he can go through that and still be happy and have a great attitude we all should start looking at things in a different way," she said. "And appreciate our life."

In other words, we can all be Devyn strong.

Back in April when the cancer came back, doctors gave Devyn a diagnosis of just four months to live. But he lived twice as long.