LIVONIA, Mich. (FOX 2) - A former employee of a Speedway in Livonia has been charged in an armed robbery of the store that happened on Valentine's Day.

Sean Ragland, 26, was arraigned Sunday in the Valentine's Day robbery of the Speedway on Schoolcraft in Livonia.

According to the Livonia Police Department, Ragland walked into the gas station with a gun in his waistband. He pulled it out, pointed it at the cashier, and demanded the cash, police say.

Police said he emptied the cash register and then left the store on foot.

Video released by the Livonia Police Department from inside the gas station showed the man in the robbery holding a black handgun and wearing a red bandana across his face.

The next day, Livonia police and the U.S. Marshal Service arrested the 26-year-old man from Highland Park.

Police did not say how they identified Ragland as the suspect in the robbery.

He was arraigned Sunday for the armed robbery and is being held on a $150,000 cash/surety bond. He's do in court February 28th for a probable cause hearing. 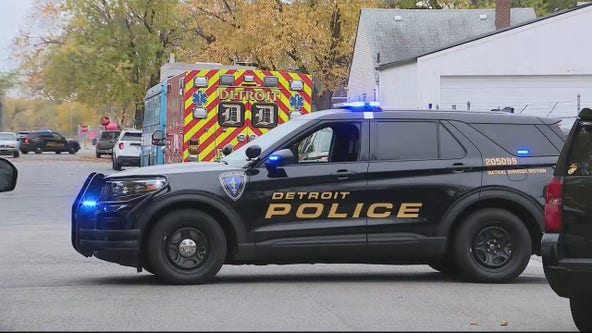