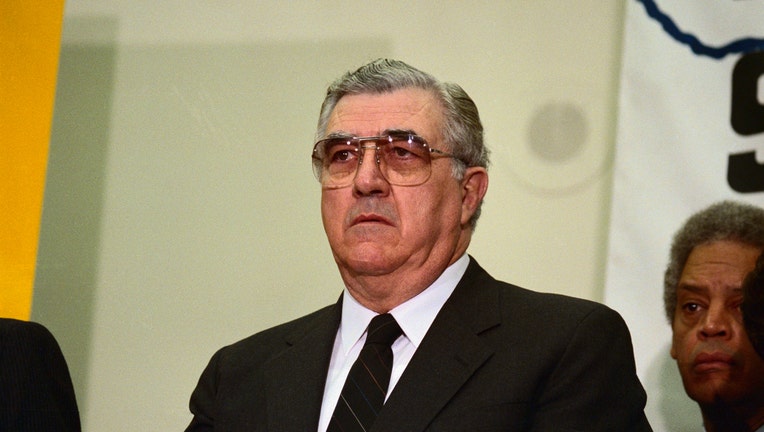 (FOX 2) - A former president of the United Auto Workers union has passed away.

The UAW announced the passing of Owen F. Bieber on Monday. He was 90 years old.

"Owen Bieber's death is a loss for our union and all working people. He was a man of incredible leadership. He was not afraid of tough battles or taking a stand on controversial issues," said UAW President Rory L. Gamble. "He was not only a devoted trade unionist but a social activist whose impact was felt around the world. Whether it was his support to end apartheid in South Africa or in Poland, Owen stood on the right side of history for the nation and the world."

Bieber, the son of Albert F. and Minnie (Schwartz) Bieber, was born in North Dorr, Mich. on Dec. 28, 1929. After graduating from Catholic grade school and high school in 1948, he went to work at McInerney Spring and Wire Company in nearby Grand Rapids, the same auto supply plant where his father worked. In 1939 he co-founded UAW Local 687, the first UAW local in the Grand Rapids city limits. His first job was bending by hand the thick border wire on car seats. A year later, at age 19, Bieber's co-workers elected him Local 687's shop steward. By 1955 he was elected to the local bargaining committee and was involved in talks on local plant issues. In 1956 he was elected local president. Bieber, a devoted Democrat, also worked on behalf of Sen. John Kennedy's campaign for the U.S. presidency in 1960.

In 1972 Bieber was appointed director of UAW Region 1D, a position he held until 1980, when he was elected vice president. Bieber served as director of the union's General Motors (GM) Department, the union's largest department with more than 400,000 members.

Bieber was elected UAW president in 1983 during the union's 27th Constitutional Convention in Dallas. He succeeded Douglas Fraser and served four consecutive terms.

He is credited with diversifying the UAW by inviting new members from areas outside of industrial sectors, including public and private employers.  Active in the Democratic Party, he became a political force, advocating for working people on legislative issues and contributed to bringing President Bill Clinton into the White House.

He was vocal on legislation pertaining to national and international trade and the reformation of health care. On an international level, he led the first trade unionist delegation to visit China, meeting with Deng Xiaoping to acknowledge International Labor Day.